Les Productions Sonia Johnson, headquartered in Montreal, produced its first CD, Don’t explain in 2005 with the help of a grant from the Fondation du maire de Montréal pour la jeunesse [the Montreal Mayor’s Foundation for Youth]. The artist garnered critical acclaim for her first release.

This first production allowed the jazz vocalist to gain recognition in her artistic field and new collaborations arose, such as her participation in Frédéric Alarie’s project Sous Hôte Tension part of the 2006 edition of the Festival International de Jazz de Montréal. Sharing a common vision of jazz music, Frédéric and Sonia decided to explore composing together, and were then joined by pianist Luc Beaugrand and drummer Camil Belisle. Together they recorded Le Carré de nos amours Sonia’s first all-original, all-jazz and all-French album self-produced in Quebec, launched under the Effendi label in October 2010. This project was rewarded with a 2012 Juno award for Vocal Jazz Album of the Year. Two years later, Johnson initiated the collective Triades —with singers Annie Poulain and Charles Biddle Jr., the resulting recording being nominated for a Juno award, as well as a Félix at ADISQ in 2014. Her most recent solo album Le cœur à l’endroit, TOP 5 albums on CBC ICI Musique 2014, is a vibrant opus of sincerity and harmony for all those who enjoy jazz softly-crooned in French!

In the spring of 2016, Sonia sang and wrote lyrics for Les Malcommodes invitent, an ambitious and audacious project led by pianist Félix Stüssi. Also involved with the project were Daniel Lessard [bass], Pierre Tanguay [drums] and guests André Leroux [saxophones, flute, clarinet], Jacques Kuba Séguin [trumpet], Ray Anderson [trombone], and Jean Derome [alto saxophone, flutes]. This prestigious group made a live recording in 2016 at Montreal's Chapelle historique du Bon-Pasteur that was launched the following year at Jazz en Rafale. For the centennial of her favorite jazz singer, Sonia produced the show Dialogues Ella & Joe, a tribute to Ella Fitzgerald and Joe Pass, which was part of CBC’s ICI Musique celebration of Ella’s centenary anniversary. The concert was presented in several venues across Quebec with the accomplished guitarist Stephen Johnston.

Sonia’s latest collaboration in songwriting includes pieces co-written with Laila Biali, Steven Taetz and Brazilian guitarist, Rodrigo Simoes. She also took part in an experimental project led by Vincent Réhel that was launched in the spring of 2018. In addition, Sonia was the special guest for the February 2019 edition of Orchestre National de Jazz de Montreal (18 pieces big band), an event that featured six of her original compositions and arrangements. She performed again with that same orchestra this summer within a tribute to Michel Legrand at Lanaudière Music Festival.

Singer, producer, and precious collaborator on many jazz projects, Sonia Johnson also completed a Master of Music degree in Jazz Composition and Performance at the University of Montreal. This creative environment has helped her to incorporate many new ideas and practices into her music. Her music is thriving, and she is becoming the butterfly that emerges from the Chrysalis, her upcoming album.

Sonia Johnson Female Jazz Vocalist Montreal Composer/arranger Lyricist/Songwriter Crossover Jazz Pop Jazz Singer-Songwriter Jazz Funk Soul Vocalist
“Sonia Johnson is one of those rarities who doesn’t immediately sound like someone you heard last week. Her compositions also have a chamber-pop delicacy that makes them accessible to just about anyone.” Bernard Perusse - The Gazette

“The beautiful voice of Sonia Johnson looks to me as dancers in a ballet. They move smoothly, elegant and confident. It looks like they hardly need any ground.” Virginia Music - Netherlands

“Sonia Johnson is one of those rarities who doesn’t immediately sound like someone you heard last week. Her compositions also have a chamber-pop delicacy that makes them accessible to just about anyone.” Bernard Perusse - The Gazette

“The beautiful voice of Sonia Johnson looks to me as dancers in a ballet. They move smoothly, elegant and confident. It looks like they hardly need any ground.” Virginia Music - Netherlands

“It doesn’t take more than a couple of songs to realize that Sonia Johnson has all the necessary interpretive tools at her disposal to persuade an audience that “raindrops on roses” is a subject better suited to voice than painting. She can be ebullient one moment, wistful the next, but always a faithful servant of the song under consideration.” Robert J. Lewis - Arts and Opinion 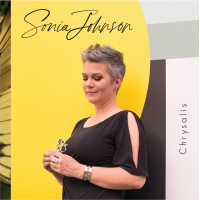 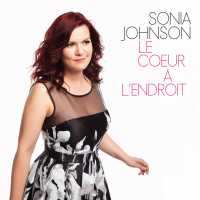 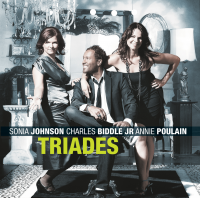 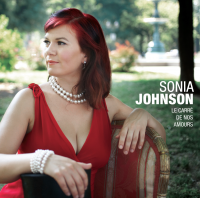 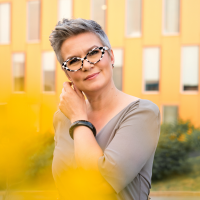 All About Jazz musician pages are maintained by musicians, publicists and trusted members like you. Interested? Tell us why you would like to improve the Sonia Johnson musician page.