Ron Brown’s musical career has taken him through many styles of music. His first big break came when he joined The Duke Ellington Orchestra under Mercer Ellington. From Ellington it was on to Natalie Cole, Diana Ross, Anita Baker, Whitney Houston, and more. In between these tours, there were countless sessions and television show performances with Stevie Wonder, Joe Sample, Aretha Franklin, and Al Jarreau.

After years of being a sideman, Ron embarked on a solo career. His debut CD, “From My Eyes Only” was produced by Grammy-nominated guitarist Doc Powell, and released on Discovery Records in 1997. With a desire to take his career to the next level, Ron established his own record label, Mankind Records. With that, he produced the critically acclaimed CD, “Urban Dreams” by the Urban Jazz Network, which featured performances by Kirk Whalum, Jonathan Butler, Kenny Garrett, and Mulgrew Miller. This CD blended the sounds of Jazz, R&B, Hip Hop, and Gospel.

The music of his In The Spirit project, released in 2001, truly showcased Ron’s artistry, as well as reflecting his soul, weaving seamlessly through traditional hymns with upbeat contemporary arrangements. “In The Spirit is a victory celebration of God’s power in my life, and I want to share that victory with all of God’s children”, says Ron.

Ron’s 2003 release, “Were You There”, continued his quest to uplift hearts and souls. This release featured performances by other great sidemen, such as keyboardists Todd Hunter and Todd Lynch, bassist Dwayne “Smitty” Smith, and drummer Land Richards.

While on tour with Diana Ross, Brown began recreational drug use, and soon found himself struggling with addiction; in an effort to get clean, he repeatedly checked himself in and out of treatment centers; a struggle which would last 4 years. Family and friends encouraged him to make a more spiritual turn, and in 1991, Brown surrendered his life to Jesus Christ. Brown began to study Japanese shortly after embracing his new spiritual life, and even won a speech contest in Little Tokyo, a Japanese American community in downtown Los Angeles. He also formed Ron Brown Ministries in 1999 while on tour in Tokyo, Japan. Ron shared his life changing testimony with the internationally broadcast television program, The 700 Club in 2006.

In between his travels to Japan to further his ministry, Ron has been producing various projects for other artists, as well as his own solo releases; never too far away from his “sideman” days, Ron Brown was asked to play in the horn section of Kirk Franklin’s band during Kirk’s performance on The Tonight Show with Jay Leno, and in the showband for the CBS Tribute to Ray Charles, where he played along with such notables as Elton John and Al Green, and newcomers Usher, and Norah Jones. Ron Brown's last recording was as a sideman on the album LA Cowboy: The Big Pitch [Reconcile Records] released on 2021. He passed away on April 14, 2022. Show less

Mike Baggetta Trio with Cameron Brown, Jeff Hirshfield on the 4th of... 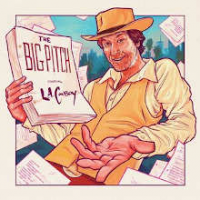 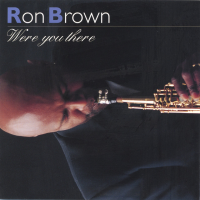 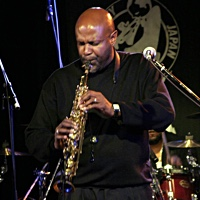 All About Jazz musician pages are maintained by musicians, publicists and trusted members like you. Interested? Tell us why you would like to improve the Ron Brown musician page.