Pianist, composer, singer and songwriter Robin Holcomb has performed extensively in North America, Europe, Australia and Asia as a solo artist and the leader of various ensembles. Living in the Lower East Side of New York in the 1980s, she was a founder of Studio Henry, a venue for maverick composers, and the New York Composers Orchestra. Living in Seattle since 1989, she continues to compose and record songs and music for solo piano, chamber ensembles, dance, theatre and film.

Her most recent recording is John Brown’s Body (Tzadik), a collection of solo piano compositions, a string quartet and duets and trios with Eyvind Kang, Steve Moore and Dave Carter. Solos (Songlines) features solo piano music by Robin Holcomb and Wayne Horvitz, performed by the composers. On the Nonesuch label, The Big Time (2002) is a collection of original songs and arrangements of songs from the Anthology of American Folk Music. Also on Nonesuch, Little Three (1996) is a solo recording of piano music and songs, preceded by Rockabye (1992) and Robin Holcomb (1990). Earlier recordings of instrumental music include Larks, They Crazy and Todos Santos, both on the German Sound Aspects label. Other recording projects include appearances on Bill Frisell’s landmark Nashville recording and contributions to Burt Bacharach, Serge Gainsbourg and Mississippi Sheiks tribute compilations. Ms. Holcomb is frequently invited to perform in the multi-artist tribute concerts produced by Hal Willner and Janine Nichols, including Came So Far For Beauty: The Music of Leonard Cohen, Shock and Awe: The Music of Randy Newman, The Anthology of American Folk Music Revisited and The Doc Pomus Project.

Her work has been called “remarkable” (CMJ), “stunning” (Option), “entrancing” (Billboard) and “sensitive, descriptive, adventuresome and full of soul” (Washington Post). “Hers is an unsettling, utterly original vision.” (Entertainment Weekly) According to The New York Times: “Ms. Holcomb has done something remarkable here: she has created a new American regionalism, spun from many threads —country, rock, minimalism, Civil War songs, Baptist hymns, Appalachian folk tunes, even the polytonal music of Charles Ives. The music that results is as elegantly simple as a Shaker Quilt, and no less beautiful.” Show less

Singer/Songwriter Robin Holcomb Interviewed at All About Jazz

Robin Holcomb's The Big Time Set For Release On Nonesuch

Ms. Holcomb has done something remarkable here: she has created a new American regionalism, spun from many threads —country rock, minimalism, Civil War songs, Baptist hymns, Appalachian folk tunes, even the polytonal music of Charles Ives. The music that results is as elegantly simple as a Shaker quilt, and no less beautiful. —Mark Dery, The New York Times

...bringing together the disparate terrain of our American musical landscape, from folk tunes to free jazz, with a thin yet haunting voice that evokes the real spirit of country music - the oral tradition. —Kiki Mason, Vanity Fair

Excellent and baffling, just as it should be. —Andrew Martin, Q Magazine

Hers is an unsettling, utterly original vision. —Entertainment Weekly

(capable of) summing up the monumental in the simplest of terms, willing to challenge our minds, our ears, and our hearts. —CMJ

Holcomb snatches up the pop song in her long, loving arms and spirits it off on a breathless joyride through places and emotional states that it rarely has reached before. —Seattle Weekly

Holcomb's poetry is expansive, her voice tart and sensuous, her piano playing spare, her vision of America as deep as anything you'll encounter in popular music. Jory Farr, The Press-Enterprise

...one of the most distinctive voices in pop music. —Michael Ross, Stereophile

A wordsmith riveted by life's momentary and private revelations, she is a wise and worldly mystic in the vein of Emily Dickinson, and her jazz-inflected singing is as knowing and supple as her lyrics. —Paul Evans, Rolling Stone

Satie goes to Appalachia, Morricone goes to the Knitting Factory, and you, dear art-folk fan, die and go to heaven. —Village Voice

The Point of It All 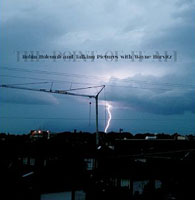 The Point Of It All 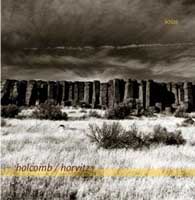 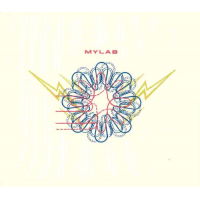 All About Jazz musician pages are maintained by musicians, publicists and trusted members like you. Interested? Tell us why you would like to improve the Robin Holcomb musician page.