A guitarist, composer, and improviser based in Los Angeles and Florida, Robert Jacobson holds degrees in guitar performance from USC and the California Institute of the Arts. Jacobson studied under the direction of Scott Tennant, Miroslav Tadic, Vinny Golia, Pat Kelly, Joe Diorio, and Frank Potenza. His music reflects his training in classical guitar, jazz, open improvisation, and Balinese gamelan. He was also the curator of the Los Angeles music series Fat Tuesdays and Ear Orchard. Jacobson currently plays Tambouras in Balkan folk band Veselba which performs dance music of Bulgaria and Macedonia.

“Jazz guitar” doesn't mean what it used to. With the improv scene lacking any dominant genre (bebop, funk-jazz, fusion), musicians can just play what they feel, and that's an advantage. On his new Coldwater, for instance, local guy Robert Jacobson gives you a sniff of Ornette, Steely Dan, bop and blues, but only a sniff because he's got a lot of ideas, and he wants them all to sound like him. Which they do. The common factors include and edgy electric-guitar tone from Jacobson, slightly sprung rhythms, and layered arrangements that allot each instrument it's own distinct space, Wayne Peet's organ often acting as a soulful foundation. 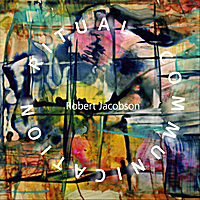 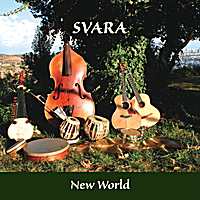 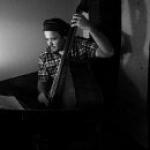 All About Jazz musician pages are maintained by musicians, publicists and trusted members like you. Interested? Tell us why you would like to improve the Robert Jacobson musician page.