A very versatile bassist, Rob Wasserman has gained fame for his trilogy of recording projects accurately titled Solo, Duets, and Trios. Wasserman began playing the violin when he was 12, not switching to bass until he was already 20. Within a year he was studying at the San Francisco Conservatory of Music and playing with drummer Charles Moffett. The classical training he had received on violin, plus owning a very open mind have both frequently come in handy throughout his career. Wasserman picked up early experience working with Dan Hicks, Maria Muldaur, Van Morrison, and Oingo Boingo. In 1983, he recorded Solo for Rounder which received very strong reviews. Soon afterward, Wasserman became a longtime member of David Grisman's group and has also had lengthy stints with Lou Reed, Elvis Costello, and the Grateful Dead's Bob Weir. Duets in 1988 matched Wasserman with seven very diverse singers (including Bobby McFerrin, Rickie Lee Jones, Cheryl Benyne, and Lou Reed) and violinist Stéphane Grappelli. 1993's Trios has appearances by such performers as Jerry Garcia, Brian and Carnie Wilson, Willie Dixon, Branford Marsalis, and Elvis Costello among others. Although he has worked throughout much of his career as a featured sideman, Rob Wasserman's three recordings as a leader are his most notable musical accomplishments thus far. The space rock influenced Space Island blasted off in late 2000, exploring new textures and incorporating hip-hop and electronic elements. He spent the next several years playing with Ratdog and appearing with Gov't Mule and Rickie Lee Jones before returning to solo work and releasing Cosmic Farm, a fusion date featuring guitarist Craig Erickson, T. Lavitz on keys, and Jeff Sipe on drums. 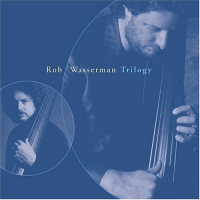 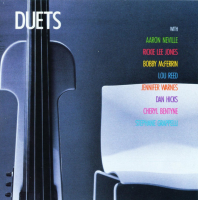 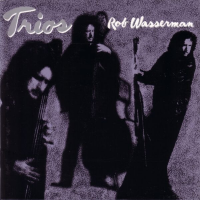 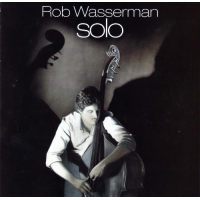 All About Jazz musician pages are maintained by musicians, publicists and trusted members like you. Interested? Tell us why you would like to improve the Rob Wasserman musician page.