Richard Williams is a versatile composer skilled in a wide spectrum of genres and moods from epic orchestral to touching piano to fast-paced EDM.  While earning his bachelor’s degree at Brigham Young University, he won two Student Emmys at the College TV Awards for his film scores to BYU’s animations.  Following his education, he went on to record music for a book soundtrack to Brandon Sanderson’s fantasy novel ‘The Way of Kings’.  Richard is a founding member of the cinematic pop band TREN, whose numerous projects include music for Tencent’s PUBG MOBILE video game and author Sariah Wilson’s novel ‘Moonstruck’.

Richard has written music for short films, vocal artists, and YouTube stars which have gained millions of views. He also has written music for a variety of video games including the “Rise of the Gunters” VR video game based on Steven Spielberg’s Ready Player One movie.  He was a finalist for both the Unsigned Only Music Competition and the International Songwriting Competition (ISC) and has received two nominations at the Hollywood Music in Media Awards (HMMA).  He was selected as a Fellow for the LA Film Conducting Intensive in Hollywood where he was tutored by Conrad Pope and Bill Ross, and has recorded his music in Prague, Budapest, Capitol Studios, and the iconic Fox Alfred Newman Scoring Stage in Hollywood.

His latest work is his debut album, “Hollywood Christmas”, that revisits the world of timeless Christmas big band jazz and orchestral music in the style of musical legends such as Frank Sinatra, Michael Bublé, and The Carpenters. 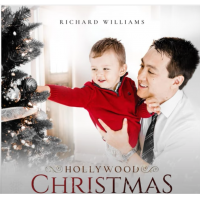 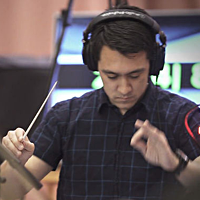 All About Jazz musician pages are maintained by musicians, publicists and trusted members like you. Interested? Tell us why you would like to improve the Richard Williams musician page.