Born and bred in Brooklyn, N.Y., Renee Manning stands out from the crowd. Her robust voice, rich tones and impeccable time make her truly a musicians vocalist.

Her debut in the jazz world as the singer with the Mel Lewis Orchestra (from 1983-1989) was the longest tenure of any vocalist associated with that organization . By chance, Mr. Lewis heard Renée performing at Mikells . He invited her to sit in with his band at the Village Vanguard and after a standing ovation hired her as his vocalist on the spot. Since then she has proven to be an incredibly versatile singer. Many, however associate her with big bands and the blues. Her big band associations and collaborations have included the Chico OFarrill Afro Cuban Orchestra, The George Gruntz Concert Jazz Band, Dukes Men as well as a large ensemble project with Lester Bowie and Earl McIntyre. Recently she appeared with the Mingus Big Band at the Fez and the Iridium.

Testimony to her skills comes in the form of the number of musicians who have asked her to sit in at various engagements. These include Jon Faddis, Sir Roland Hanna, Mark Murphy, Howard Johnson and Joe Williams. Ms. Manning appeared as a guest soloist in the concert presentation of the George Gruntz opera "Cosmopolitan Greetings", a production done with the Cologne Radio Orchestra. Here she teamed up with Don Cherry, Mark Murphy, Sheila Jordan, Howard Johnson and Ray Anderson.

In 2001, Renee toured China with the George Gruntz Concert Jazz Band as the featured vocalist. She recently appeared at the Menuhin Festival in Gstaad, Switzerland in the premiere of The Magic of The Flute a jazz opera based on the Magic Flute story Mozart made famous..

She also performed as a featured artist at the Brooklyn Academy of Music in Lester BowiesFantasia concert and with the MOBI Big Band. At Town Hall, Ms. Manning was the vocalist for Earl McIntyres Sketches For Dunbar a piece written for 40 piece orchestra and Oliver Lake, Lester Bowie, John Stubblefield and David Langston Smyrl. She also performed in two of the Century Of Change concerts singing early blues, ragtime and spirituals from 1899-1909 and 1909-1919.

Renee has toured Europe and received rave reviews (particularly at the North Sea Jazz Festival in Holland)as well as appearing on TV and radio across the continent. In October 84, Renée appeared at several concerts in Spain with Carmen McRae, in 86 appeared on a televised outdoor jam session with McCoy Tyner, Pharaoh Sanders, Louis Hayes and Avery Sharpe in Lugano, Switzerland and in 87 appeared with Dizzy Gillespie in Amsterdams Concertebowe on live TV.

Clubs to her credit are the Village Vanguard, Birdland, The Iridium, Mikells, The UpOver Jazz Cafe, Cooper Union, Erics, Seventh Ave. South, Leviticus, Visiones, Showboat, Pal Joeys, Lloyd Prices Crawdaddy, The Ritz, Rainbow In the Stars, Ronnie Scotts in London and Monmartre Club in Copenhagen and La Villa in Paris and so many others.

She performed live on WBGO with her band as part of the Sarah Vaughn Jazz Festival. At the Brooklyn Conservatory Manning and Earl McIntyre unveiled Unsung Heroes a 15 piece World Beat Jazz ensemble featuring compositions by Renée , Earl and notable composers from the African Diaspora. .

WBGOs children series included her and Earl McIntyres group Jazzimon. The two of them are preparing a much anticipated childrens album. As well as being a performer, Manning has been teaching vocal technique privately and master classes. As one of only two vocalists taught by the legendary teacher Carmine Caruso, her method is quite unique, and incredibly effective. In clinics and concerts sponsored by Young Audiences and similar foundations, she has taught or performed for elementary ,high school and college students and established youth choruses in public schools. She is currently on staff as vocal and choir instructor at the Brooklyn Conservatory with students from 8 to 80. Ms. Manning is also a recognized composer having received several writing grants..

Renée has two releases on Ken Music Inc. called As Is and a follow up album named UhmUhm Uhmmmm.

Renee Manning Releases "All Grown Up"

She Rocks The House! —Stanley Crouch

A Night of Tribute III 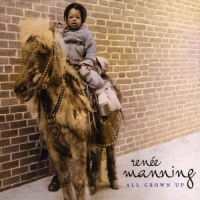 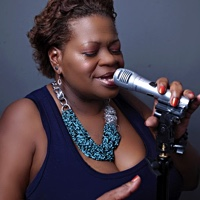 All About Jazz musician pages are maintained by musicians, publicists and trusted members like you. Interested? Tell us why you would like to improve the Renee Manning musician page.