Composer, saxophonist, multi-instrumentalist and improviser, Montreal-based Philippe Côté is a musical explorer at the crossroads of jazz and classical.

I LOVE your record. What wonderful writing, orchestrating and playing all around. It’s a tremendous work.

Philippe Côté is no newcomer to the musical scene. Master of Music (M.Mus.), Philippe studied classical orchestration under the supervision of respected Canadian composer John Rea at McGill University. Recipient of numerous awards, notably a scholarship from the Conseil des arts et des lettres du Québec, Philippe’s work was shaped by his time spent in Banff with two times GRAMMY-nominated trumpeter and composer Dave Douglas, as well as his intensive studies at the Brooklyn School of Improvisational Music (S.I.M.). New York was also the scene of two seminal moments for the composer: his encounter with long-time mentor David Binney, and his first experience with Lennie Tristano’s teaching method, learned from one of the most prolific jazz pianists of the last decades, Marc Copland. Needless to say, his stay in New York marked an important shift in his artistic vision, as he deepened his understanding of saxophone, improvisation and even Indian music.

Back in Montreal, Philippe composed for various jazz and symphonic orchestras, chamber music ensembles, and shared the stage with world-class musicians such as Joe Lovano, John Taylor, Tim Ries, and the Rolling Stones’ musicians. He has been coordinating and teaching the Jazz section of the McGill Conservatory.

In addition to Lungta’s realease, 2016 will bring various new projects: Philippe’s compositions for contemporary ensemble Paramirabo, as well as an exciting collaboration between Marc Copland and Philippe, a jazz and chamber music project for string quartet. Show less 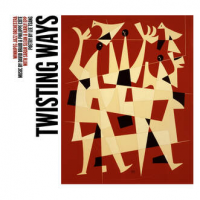 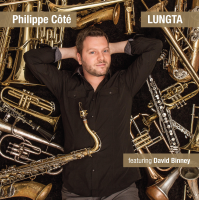 The Rest Is Noise

All About Jazz musician pages are maintained by musicians, publicists and trusted members like you. Interested? Tell us why you would like to improve the Philippe Cote musician page.