Musical studies : ear-training (solfeggio) and piano. As a jazz guitar player, he is self-taught

Leads his own groups, a.o. with John RUOCCO (CD “Waiting” with also Billy HART) or “ODE FOR JOE” with Jeroen VAN HERZEELE (CD).

He also recorded in quartet with guitarist Marco LOCURCIO (CD “BUDDIES”), plays in a trio with Bas COOYMANS and Bruno CASTELLUCCI, and with saxophonist Jeroen VAN HERZEELE and his band GREETINGS FROM MERCURY.

In 1999, he records the CD “RESTLESS” (Quetzal) with violin player Jean-Pierre CATOUL, with also Michel HERR (p, kb), Michel HATZIGEORGIOU (el. bass) and Bruno CASTELLUCCI (drs), released in 2000 by Quetzal records. The CATOUL/HERTMANS band made several successful live appearances until the tragic death of the violinist.

In 2000, he tours with TRUE STORY, an all stars band created by Ivan PADUART (CD True Stories, IGLOO Igl 146, a.o. with Charlie MARIANO on sax). He appears in trio for RTBF radio with the trio Michel HERR/Fabrice ALLEMAN/Peter HERTMANS. He also participates in the “Maria SCHNEIDER Project” with the Brussels Jazz Orchestra.

He also co-leads a quartet with saxophonist Erwin VANN and plays with the quintet of bassist Sal LA ROCCA.

Peter HERTMANS teaches guitar, ensemble and musical theory at the Royal Brussels Conservatory and at the Lemmens Instituut in Leuven. 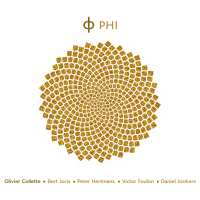 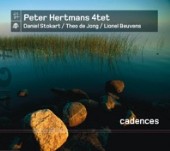 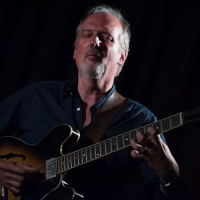 All About Jazz musician pages are maintained by musicians, publicists and trusted members like you. Interested? Tell us why you would like to improve the Philip Catherine musician page.