With a voice described as “soaring” and “supernal,” Peter Campbell has been performing for over thirty years. From cabaret appearances with fellow young performers from the worlds of theater, film and television, Peter went on to work in commercial jingles and to cabaret performances from New York to New England and the Midwest. He performs throughout Toronto since relocating to Canada from his native New York City in 2012.

His 2017 release, “Loving You: Celebrating Shirley Horn,” has received critical acclaim both in Canada and internationally. The album garnered inclusion on several lists of the top jazz recordings of 2017 and was nominated for an Independent Music Award as Jazz Vocal Album of the year. 2020 will commence with the release of “Old Flames Never Die,” Peter's contemporary take on the traditional torch album.

He had the good fortune to study voice for many years with Joyce McLean of the Juilliard School. Peter holds a B.A. in Art History from McGill University, Montreal, Canada and an M.A. in the History of Design and Curatorial Studies from Parsons the New School for Design and Cooper Hewitt, Smithsonian Design Museum, New York City.

”… eerily similar to the sepia tones of the famous line of female jazz singers from Sarah Vaughan to Cassandra Wilson…”
– “Streamnotes,” On the Web

”There are… few vocalists who can sing… like Mr. Campbell does… [His] voice soars gloriously…”
– Toronto Music Report

”Haunting and harrowing on a variety of visceral levels.”
– Jazz Weekly

”[Peter] can sing my songs anytime and make me proud…”
– Artie Butler, composer of the contemporary standard “Here's to Life” 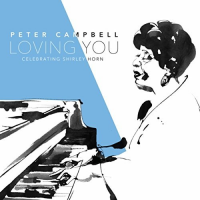 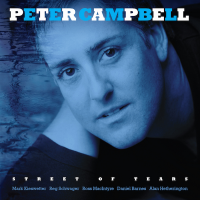 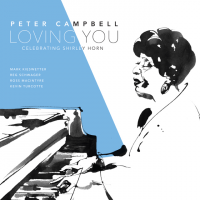 From: Loving You
By Peter Campbell

All About Jazz musician pages are maintained by musicians, publicists and trusted members like you. Interested? Tell us why you would like to improve the Peter Campbell musician page.