Pernille Bevort was born in Denmark 1966. She started playing the recorder at the age of seven. When she was fourteen she changed to the soprano saxophone and a couple of years later she bought a tenor saxophone, which became her main instrument.

Pernille Bevort was nineteen when she was first introduced to modern jazz, such as Miles Davis and Wayne Shorter. The following years her fascination with jazz increased with the characteristic creative element in this type of music.

Pernille Bevort is educated at the Rhythmic Music Conservatory in Copenhagen, Denmark (1989-1993). After completing her degree, she has become more and more in demand as a member of different jazz ensembles in Denmark and Sweden.

Apart from working with small ensembles, Bévort has performed with several professional Big Bands in Denmark during the last decade: The Ernie Wilkins Almost Big Band, Kroner’s New Music Orchestra, The Danish Radio Big Band and the Aarhus Jazz Orchestra (Klüver’s Big Band) among others. As a member of The Ernie Wilkins Almost Big Band and as a frequent substitute with the Danish Radio Big Band, she has performed with many international artists. Among these are: Randy Brecker, Tony Coe, Putte Wickman, Tim Hagans, John Scofield and Richard Bona. Since 1995 she has been leader of several diverse ensembles. At present these include her trio, Bévort 3, and the septet Radio Bévort. So far (2022) Pernille Bévort has released 14 Cd’s as band leader and composer/arranger. The latest ('Live 2020-2021) with her trio Bévort 3 released february 18th 2022. Apart from her own groups, Pernille has composed for several other ensembles. Among these are The Copenhagen Art Ensemble, the saxophone quartet United Notions feat. Marilyn Mazur and a variety of ToneArt work shop ensembles.

At present Pernille is a regular member of the swedish Big Band "Monday Night Big Band" (in Malmö) and recently (december 2016) she has toured (as a sub) with another Swedish Big Band - the Bohuslän Big Band feat. Maria Scneider, Viktoria Tolstoy and Samuel Ljungblahdt. She is also part of the 13 piece ensemble Maluba Orchestra with the 3 co-leader: Marilyn Mazur, Fredrik Lundin and Kasper Bai.

Pernille Bévort has been awarded the prestigious Ben Webster Prize, the JASA prize and the LO’s Kunstnerlegat in acknowledgement of her work. Furthermore, Pernille has received several composer grants from The Danish Arts Foundation within the last decade. From 2011 untill 2013 she was a part of the committii for composer grants in the Danish Arts Foundation (the jury concerning rhythmic composers). She was nominated for at Danish Music Awards Jazz 2020 (as composer of the year) with the release 'BLIK' with the septet Radio Bévort 'BLIK'. An album that was also chosen to be among the 10 best jazz album in 2020 according to the Jazzmagazine 'Jazzspecial' in Denmark. Her release 'On Fire' with her trio Bévort 3 was nominated for a Danish Music Awards Jazz as album of the year 2021.

Read more articles
“It´s apparent that Bévort joyfully makes use of the different possibilities she has as composer and arranger when it comes to the many possible combinations of instruments in this ensemble. She shows both overview and reserve of strength. The release is a remarkable and particular delight”  – Jazznyt.blogspot, Niels Overgård “It´s a release that shows thought-through integrity and where the melodies are in focus…..the lovely «Heavy Feather» could almost sound like the score for a film…….Altogether «Which Craft?» is a fine release definitely worth listening to from a Danish musician that ought to have far more concerts booked in her calendar – not just in the Copenhagen area but also in Norway, Sweden and Finland” – Salt-peanuts.eu, Jan Granlie 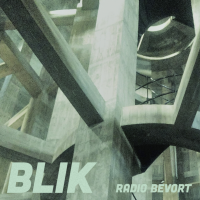 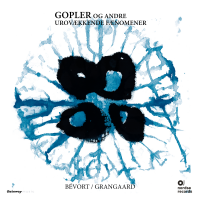 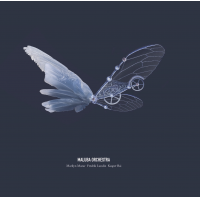 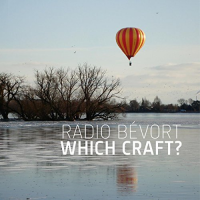 buy
Pernille Bévort · My own Favorites vol I

All About Jazz musician pages are maintained by musicians, publicists and trusted members like you. Interested? Tell us why you would like to improve the Pernille Bevort musician page.