Vocalist Pauline Jean is among the world's brightest lights. Her performances, versatility and well-conceived debut recording are very impressive.

Pauline sings in English, French and Creole and she offers her own fresh approach to every song. The native New Yorker of Haitian descent is known for her sophisticated blending of traditional Haitian music with the contemporary. Her eclectic repertoire also includes original compositions, as well as unique arrangements of beloved standards and blues. Pauline's range is reminiscent of Sarah Vaughan's earthiness and the electrifying voltage of Nina Simone, yet she infuses songs with her own exceptional style.

The stages of world-renowned clubs, jazz festivals and venues in the United States, Europe and the Caribbean have been graced with Pauline’s presence. She has performed in Russia, Lebanon, Switzerland, United Kingdom, Finland, Haiti, Dominican Republic and Nevis Island. Between international and local engagements, Pauline has performed at the Blue Note, Iridium and Lincoln Center in New York and in venues throughout the tri-state metropolitan area.

In early January of 2011 Pauline participated in the momentous "Sa'k Pase Ayiti" recording project, together with various prominent Haitian artists who came together to commemorate the first anniversary of Haiti's catastrophic earthquake. Pauline is especially met with great acclaim when she offers her heartfelt and thoughtful performances honoring Nina Simone.

Her “melodious contralto voice...unfailingly takes you on an emotional ride.” (Peter Quinn, Jazzwise)

Jazz Vocalist Pauline Jean to Grace the Stage at the UN

"...melodious contralto voice, which unfailingly takes you on an emotional ride." Jazzwise Magazine

"A Musical Offering is the strong sense you get of a singer who is already developing their own sound, their own style, and their own sensibility." Jazzwise Magazine

"Pauline’s voice is going to captures you from the first note. Beautiful and powerful..." JAZZNBOSSA Review

"...melodious contralto voice, which unfailingly takes you on an emotional ride." Jazzwise Magazine

"A Musical Offering is the strong sense you get of a singer who is already developing their own sound, their own style, and their own sensibility." Jazzwise Magazine

"Pauline’s voice is going to captures you from the first note. Beautiful and powerful..." JAZZNBOSSA Review

“…Pauline Jean, one of the most talented vocalists in the field.” JVC Jazz Festival 2007, New York

“Shimmery, sensuous Pauline Jean pays tribute to the jazz/soul icon, Nina Simone. --it was clear from the outset that she would lovingly present both Simone's music and her oft-declared-in-song emotional response to being a woman and being black. " Cabaret Scenes Magazine

“She commanded the audience’s attention…with a voice and stage presence made for jazz, Pauline indeed is a force to look out for.” HaitianBeatz.com 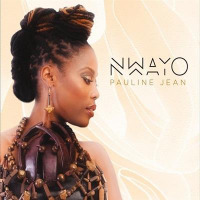 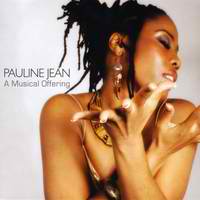 All About Jazz musician pages are maintained by musicians, publicists and trusted members like you. Interested? Tell us why you would like to improve the Pauline Jean musician page.