Paul Zaborac is a versatile saxophonist, composer, and educator. Originally from the Des Moines, Iowa area, he seeks to explore and push the musical boundaries of the saxophone through performance and composition, and to share this knowledge through teaching.

Well versed in both classical and jazz saxophone, Paul brings a unique and diverse set of skills to his performances on the instrument. This unique combination of skills is displayed in the original compositions on his debut album Actualize (2012) where he explores how the saxophone can be used as an accompaniment instrument in improvised music. This original approach to the saxophone draws upon the many extended techniques available to the instrument and explores its performance potential in improvised music. In 2013 the Paul Zaborac Trio went on a tour of the American Midwest that included stops in Minneapolis/St. Paul, Chicago, St. Louis, Kansas City, and Des Moines, and featured Paul’s original compositions. He then formed the Paul Zaborac Quartet in 2014, which has released a live video recording of a performance in 2016 and the album Paul Zaborac Quartet: Live (2018). Paul has also had the opportunity to share the stage with notable jazz musicians such as Rufus Reid, John Von Ohlen, Everett Greene, Greg Gisbert, Stan Sulzmann, Chad Eby, Stockton Helbing, Paul McKee, and Michael Dease, and tour Costa Rica with the University of Colorado-Boulder Concert Jazz Ensemble.

As a classical saxophonist, Paul has presented guest recitals at The University of Denver, Drake University, Simpson College, and the University of Colorado-Boulder. Furthermore, he has performed in Australia, China, and Hong Kong with the Sydney Conservatorium of Music Saxophone Quartet and has played with the Colorado Music Festival Orchestra, Breckenridge Festival Orchestra, and National Repertory Orchestra. He has also performed extensively at the biennial and regional conferences of the North American Saxophone Alliance, which has included premiering Liquid Lullaby for Saxophone Quartet (2018) by Tyler Stampe and performing on a masterclass for Jean-Michel Goury (2008). He has also made soloist appearances with the Simpson College Symphonic Wind Ensemble as a winner of the concerto competition in 2007 and 2009 and has toured the American Midwest with the Simpson College Saxophone Quartet (2008).

Paul holds degrees in music education from Simpson College (BMus), saxophone performance from The Sydney Conservatorium of Music (MM), and saxophone performance and pedagogy from The University of Colorado-Boulder (DMA), where he was a teaching assistant and the saxophone instructor for the continuing education department. Additionally, he has served on the faculty of the University of Denver Lamont School of Music, appeared as a clinician at the Colorado Music Educators Association Conference, and teaches privately throughout the Denver metro area. Show less

Read more articles
“…Zaborac’s ability to deliver a strong message in his playing was remarkable.”

“The [Paul Zaborac] trio’s debut album [Actualize] features jazz in a variety of textures with great interplay between the trio. The drum work from Deva is particularly impressive as the trio experiment with their tempos.”

“The Paul Zaborac Quartet is an inspired group that uses their creative energy to produce refreshingly original music.” 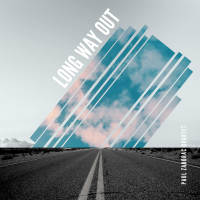 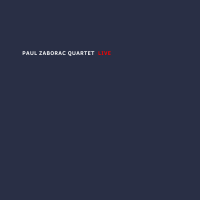 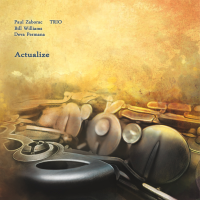 From: Actualize
By Paul Zaborac

All About Jazz musician pages are maintained by musicians, publicists and trusted members like you. Interested? Tell us why you would like to improve the Paul Zaborac musician page.