Partikel are three London based musicians all with very different musical backgrounds who have come together to make music mixing all of their favorite influences in a melodic, coherent and accurate way. The music puts an interesting twist on the standard jazz format while still honoring the tradition of deep harmony and creative improvisation.

Drawing influence from African and Latin American music combined with the style of the contemporary jazz scene, Partikel produce a personal, committed and contemporary take on the saxophone trio. Soulful melodies are combined seamlessly with complex mixed meter vamps along with an instantly identifiable energy and band sound.

Since their Whirlwind debut as an acoustic trio (Cohesion, 2012), Partikel have progressively pushed at the developmental possibilities, and 2015’s String Theory – augmenting the line-up of Duncan Eagles (saxophones), Max Luthert (double bass) and Eric Ford (drums) with string quartet – generated significant interest, spawning numerous gigs both in the UK and internationally. These live experiences (including a month touring China) saw the band’s sound climbing to new heights, enhanced by the work of violinist Benet McLean and super-sized with the creative blends enabled by digital harmonizers, pedals and programming.

A cinemascopic aura of free-spirited storytelling is the key to this hour-long journey, the electronics and orchestral surge of ‘Land and Sea’ representing its title’s intended contrasts. ‘Scenes and Sounds’ is blurred with synthy urban abstractions which explode into the animated rhythms of Eagles, Luthert and Ford, accentuated by Law’s fretboard improvisations; and the afterglow cool of ‘Lanterns’, prompted by a visit to Beijing, quietly sparkles with impressionistic radio signals and teems with city life.

Soundtrack-style fusions in title track ‘Counteraction’ make it almost uncategorizable, as echoic layers of multi-double-stopped violin and electronics are balanced with tenor and percussion. The episodic invention in Max Luthert’s ‘Moving Fields’ takes the band into prog territory, full of raging complexity; and a zesty, New Orleans feel to ‘Bolden Days’ (a tribute to pioneer Buddy Bolden) is laced with bamboo flute inflections and blues-folk violin glissandi.

This album’s zeal is defined by strongly collaborative arrangements and explosive playing throughout – but then, to follow such an evolving course is a liberating process for the band: “Partikel will always have the acoustic trio at its heart. But opening ourselves to a range of genres such as electronica, as well as experiencing the music of different cultures, widens the appeal of our music, bridging gaps for audiences. Though we like to maintain a level of artistic integrity, to keep it challenging, it’s great that this is already happening.” ​ Show less

Read more articles
”Think of the sound of JD Allen on “I Am I Am” played through the filter of an English sense of melancholia, and you'll get the measure of the fast maturing Partikel” Downbeat

“This was a superb fusion of jazz, classical and electronic elements, the three components combining to create something organic, homogeneous and totally unique....Partikel is on of the best and most consistent of contemporary British jazz groups.” Ian Mann ☆☆☆☆ 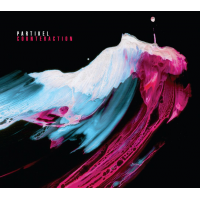 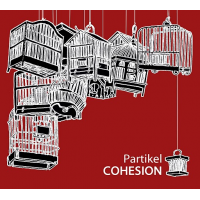 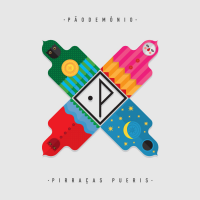 From: Counteraction
By Partikel

From: String Theory
By Partikel

All About Jazz musician pages are maintained by musicians, publicists and trusted members like you. Interested? Tell us why you would like to improve the Partikel musician page.