Overton Berry began his musical career over fifty years ago at the age of 16 when he played USO shows at military bases on the west coast with the first Overton Berry Trio. Since those early beginnings the music has never stopped. He is described in the Pacific Northwest as “a living legend”, and his wealth of experience and generations of fans bear witness to this affectionate accolade.

He has played extensively in venues around the world including Sans Souci in Tokyo, the Marriott in Cairo, the Peninsula Hotel in Bangkok, the China Hotel in Guangzhou, China and the Sheraton Hotel in Hong Kong.

He has performed at numerous venues in and around Seattle including Jazz Alley, The Double Tree Inn, The Alexis Hotel, The Triple Door, Egan’s Ballard Jam House and The Sorrento Hotel where he can still be heard regularly in The Fireside Room.

Recent concert dates include the P.E.A.C.E. Concerts in 2002 and 2003, An Evening with Overton Berry at The Admiral Theater in Bremerton in 2003, and The Jazz Sunday Concerts in 2005 and 2006 at the Admiral Congregational Church in West Seattle.

Mr. Berry is a Voting Member of The National Association of Recording Arts and Sciences (The Grammy’s) and is a member of the American Federation of Musicians. 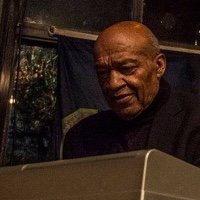 All About Jazz musician pages are maintained by musicians, publicists and trusted members like you. Interested? Tell us why you would like to improve the Overton Berry musician page.