A long time resident artist and activist of New York's Lower East Side (LES), On has been a constant contributor to its edgy creative esthetic.

In 2000, Talent in Motion magazine awarded On its most coveted annual 'Timmy Award' of “Most Myriad and Talented Artist” for his artistic influence.

On performs principally as a guitarist, exploring music through the worlds of classical guitar, creative improvisation, 'jazzes', and is interpretive of roots-cultural models and 21st century thoro-composed models. On also performs on electric violin, keyboards, and sings.

On is also an 'academic' composer with contributions for works for solo classical guitar and for guitar with ensemble. On has also completed works for dance and film.

On's formal training was that as a concertise of the classical guitar. On became recognized as a frequent recitalist in his native Cleveland, Ohio throughout his teen-age years.While in High School, On also played with a popular rhythm and blues 'soul' band and jammed in 'garage' bands. But it was the continued training as a concertise with Christoph Harlan that culminated in studies at the Hochschule for Music and Performering Arts in Vienna, with On arriving there at the age of 19. There, On studied as a protege of Luise Walker.

Luise Walker was known along with Ida Presti as one of the “Les Grande Dames de la Guitarre” during her reign as one of the most important concert guitarist of her generation.

In New York, On studied in the open classes with Barry Harris but mostly was schooled in 'jazz' on the bandstand playing next to the countless music greats that came to rule here. Over the years, On has been involved in making music of nearly every genre.

On has worked with avant gardists, with rockers, jazzers, in the theatres and in the recording studio. Of especial note, On has played together with such artists as Sun Ra as a member of his Arkestra, Don Ayler in his septet, Charles 'Bobo' Shaw in his Human Arts Ensemble, Luther Thomas, Denis Charles, Khusenaton Shu Amon and Phillip Wilson. On's decades-long association with reedmen Daniel Carter and Sabir Mateen and with drummer Thom Corn began in the middle 90's when they collaborated with bassist Dan O'Brian to form the group 'The Future”.

On has been a featured artist on many of the programs at WKCR radio of Columbia University in tributes to Jimi Hendrix, Alice Coltrane and James Brown along side with such noted musicians as bassists Melvin Gibbs, and Kim Clarke, guitarists Vernon Reid, Jef Lee Johnson, Nick Russo and Andre LaSalle, and also drummer Victor Jones, The station has also featured On as leader with the groups Cartoon Satellite and Djuke Obbo!' in their own featured live-in-the-studio sessions.

The other project is the Famous Original Djuke Music Players, the band which develops what On has coined 'djuke!' music.

On is also a writer of researches with a published book entitled, 'Exerciricle; Keys to Museo Ontology' (On Mu Press).

This work probes the creative process as a series of aphorisms using the study of meta-physical and nature laws to serve as references so that one may achieve their highest creative potential. Other researches are forth coming. Show less

Read more articles
”I usually don't talk to musicians after a performance. Mostly because, when the music is mind-blowing, I want to take those impressions and enjoy them. Allowing to curse, F*CK! what a sound!. I had no idea what was coming! I am converted to On Davis musical religion.” —Eliseo Cardona, Miami Herald

“…guitarist/vocalist On Ka'a Davis' Seeds of Djuke is, to a large degree, an example of jazz-influenced African pop from the United States…the influences range from Sun Ra to Fela Kuti to John Coltrane to Malian music

”I usually don't talk to musicians after a performance. Mostly because, when the music is mind-blowing, I want to take those impressions and enjoy them. Allowing to curse, F*CK! what a sound!. I had no idea what was coming! I am converted to On Davis musical religion.” —Eliseo Cardona, Miami Herald

“…guitarist/vocalist On Ka'a Davis' Seeds of Djuke is, to a large degree, an example of jazz-influenced African pop from the United States…the influences range from Sun Ra to Fela Kuti to John Coltrane to Malian music. Seeds of Djuke is Afro-pop meets post-bop and electric free jazz…” —Alex Henderson, allmusic.com

Get your guitar playing TOGETHER! Take lessons that will connect the dots that you couldn't find! The East Village Guitar Salon is now offering an "Introductory Special"

Get your guitar playing TOGETHER! Take lessons that will connect the dots that you couldn't find! The East Village Guitar Salon is now offering an "Introductory Special". Sign up for 4 classes and get the next class FREE! We offer 1 hour classes for only $50! The East Village Guitar Salon, a beautiful home studio, specializes in the study of classical guitar and jazz /improvisational concepts. We also teach beginning violin! East Village Guitar Salon, located in the heart of the East Village. Visit EastVillageGuitarSalon.com to see pictures and for more info and for how to schedule your class. The East Village Guitar Salon presents Intensive Guitar Study for the Improvising Player!! I am offering a guitarist's intensive that focuses on harmony studies with intention to make clear the uses of chords and scales to compliment the improvisational player. We will take a good look at tune structures and stated 'riffs' applied to important compositions, most of which have founded the jazz schools. Covered will be 'Standard' chord progressing, as well as alternative harmonic concepts. This is a unique class for guitarist who already have a good working knowledge of basic chords and scales and who want to dig deeper into a study of music that will help to develop a greater potential to improvise within any context. Because these studies have been so compressed, even the very experienced player can find something to gain. You will also be compiling a notebook that will take you far into the future of your personal music quests. Sessions are for one hour each session. The cost is only $50. Call or e-mail to schedule your class today! 212-982-1874 [email protected] The East Village Guitar Salon presents 'Discovery to Museo-Ontology' I am welcoming to you an opportunity for me to share with you a most unique study experience. After more than 20 years of organizing my researches, 'Exerciricle: Keys to Museo Ontology' has been finished. 'Exerciricle: Keys to Museo Ontology' pages my research that explores music through meta-physical science and from inspiritualized intuition. The name for this science has been given, museo-ontology. 'Discovery to Museo-Ontology' is formatted as a workshop class. These classes can be fascinating for anyone, opening new mind horizons that are sure to stimulate and inspire. Sessions are for one hour each session. The cost is only $50. Call or e-mail for the workshop scheduling! 212-982-1874 [email protected] On Mu Music.com 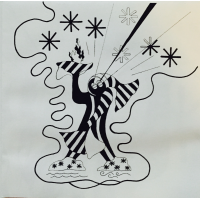 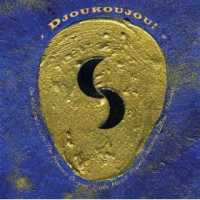 All About Jazz musician pages are maintained by musicians, publicists and trusted members like you. Interested? Tell us why you would like to improve the On Kaa Davis musician page.