Noriko was a B.E.S.T. scholarship recipient and majored in Jazz Composition at the Berklee College of Music in Boston where she graduated in 1997, relocated to Brooklyn, New York in 1998.

Noriko is the winner of the third annual BMI Foundation/Charlie Parker Jazz composition Prize for her original big band piece “Castle in the North” (2002).

From: The Runner Up
By Noriko Ueda

From: The Runner Up
By Noriko Ueda 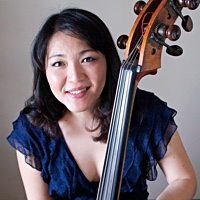 All About Jazz musician pages are maintained by musicians, publicists and trusted members like you. Interested? Tell us why you would like to improve the Noriko Ueda musician page.