At 29 years old, Nicholas Myers is an up and coming New York based saxophonist, composer, and reed player. He was born in Honolulu, Hawaii but started his musical journey in Pullman, Washington when he began playing the piano at age 5. He first learned about the magic of jazz and the saxophone when he started playing alto in the 6th grade school band. It was at this point that Nick’s grandfather began to teach him the old standards by playing them on the piano and showing his grandson the old recordings. Starting his first band in high school, he has been leading gigs and recordings ever since. Upon receiving his first tenor saxophone at age 16, Nick realized there were other voices in the world of music. He has since then taken up the study of flute, clarinet and harmonica.

Since moving to New York and graduating from New York University in 2009, Nick has had the opportunity to work and study with some of the finest musicians in the world. George Garzone, Joe Lovano, Ralph Lalama, Ralph Alessi, Brian Lynch, Billy Drewes, Jean-Michel Pilc, Kenny Werner and Richard Bona have all contributed to his development as a musician. He is part of a new generation of musicians raised in today’s very complex and rich world of music. Steeped in the jazz tradition, he also strives to maintain a modern edge by keeping up with the fast paced genres present in today’s popular music, and is always interested in the music of other cultures and peoples.

With the release of his first record “Deep Sea Fisherman” in the fall of 2008, Nick has found himself a place in the next generation of improvising musicians. Everyone that listens to him agrees that there is something special about the raw passion that is exhibited in his music. There is something fiery in his style that can’t wait to get out.

Nick Myers Saxophone
A young saxophonist that has arrived from another planet to proclaim that jazz is more alive than ever.” —Muisca Jazz Italia

Nick enjoys teaching students of all ages and abilities. His curriculum involves developing a student's inspirations and aspirations for music while improving technical abilities on the instrument. He teaches by inspiring students to practice their skills. Music theory, history, and critical listening are all skills that can be taught. 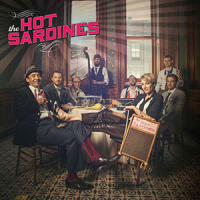 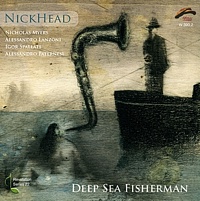 All About Jazz musician pages are maintained by musicians, publicists and trusted members like you. Interested? Tell us why you would like to improve the Nick Myers musician page.