Born and raised in New York City, Mike Moran lead a trio as a teenager. Mike attained his bachelor’s degree in Music Composition from Boston University. Then, after a five year rise to being Media Director for a New York advertising agency, Mike started his own agency, became a published children’s author, and then left it all behind for a career in music. The Mike Moran Trio soon joined forces with vocalist, Kathy Walsh (now known as Kitt Moran). Their performing and recording career blossomed, performing at Trumpets, Shanghai Jazz, and as regulars at Jimmy Weston’s and Gregory’s in Manhattan. Mike also did studio work with industry giants, Don Sebesky (winner of Grammys, Tonys) and Tio Macero (producer and manager for Duke Ellington, Tony Bennett, Miles Davis etc.). Mike wrote lyrics and music for their projects as well as for his own songbook, and Mike’s recording studio was the platform for a host of TV commercials, music for films, and music CDs. Moving to Florida after years of performing in New York, Atlantic City and Las Vegas, Mike is delighted with the wealth of talented jazz musicians to be found on the West Coast of the state. He likes the Suncoast’s audiences full of “virtuoso listeners” too. You won’t hear Mike complaining about the weather either. 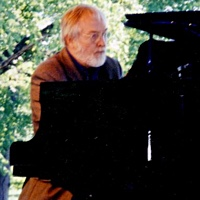 All About Jazz musician pages are maintained by musicians, publicists and trusted members like you. Interested? Tell us why you would like to improve the Mike Moran musician page.