“I’m really excited for everyone to hear this record; the songs were burning a hole in my heart and mind,” says Delledera. And after a successful Kickstarter campaign, Delledera was able to create the album he artistically envisioned.

Standouts on the album include the country-tinged “Silver Ruby Diamond Blues,” the Crescent City funk of “Sugar Face,” and the profoundly political “Main Street USA.” Reflecting the album’s diverse stylistic palette is a refreshingly eclectic approach to lyrical content. The uplifting “Silver Ruby Diamond Blues” is a paean for the less fortunate. Here Delledera sings: We’re On The Rise/Shine From The Mountainside/All Your Hopes And Love And Dreams/From The Ground Up To The Sky. “That song is about people who don’t have much, but can still find a way to live richly,” Delledera says. “Main Street USA” is an emphatic rock track about the ninety-nine percent bolstered by an insightful and impactful rap section by Brooklyn hip-hop artist CX. “Sugar Face” is sweetly romantic in sentiment. And the lilting reggae of “Bounce” is irresistible as it beckons you to “let go” and dance and sing to the music.

Delledera’s prodigious musical chops date back to studying classical piano since the age of 3. At 13, he picked up the guitar inspired by heavy metal, but soon found what he was looking for as a musician in classic rock, jazz, and jam band artists. He formalized his musical explorations through studying jazz, classical guitar, and jazz arranging at Ithaca College. He holds a BA in Music Industry from SUNY Oneonta. Upon moving to NYC from Syracuse, Delledera studied rock guitar and composition with iconic guitarist Carlos Alomar (John Lennon, David Bowie, and Iggy Pop). Mike has shared the stage with platinum selling artists Rusted Root, as well as fellow jammers Tea Leaf Green, Ra Ra Riot, and DJ Logic, among many other esteemed artists. Previously, Delledera released the critically acclaimed Gold Honey EP.

It is a special album in that it mixes seasoned musicianship with boundless creative idealism. It’s no doubt an artistic feat, especially for an artist on the rise. Humbly, Delledera says: “To have a vision, make it come to life, and exceed what I imagined is really gratifying. It’s something that I’ve been writing and working on for nearly two years. I’m proud of this achievement and eager to share these songs with the world.” ### 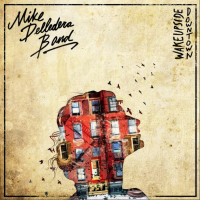 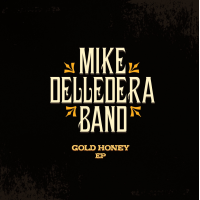 All About Jazz musician pages are maintained by musicians, publicists and trusted members like you. Interested? Tell us why you would like to improve the Mike Delledera musician page.