Mike has performed and/or recorded with The Rolling Stone’s horn section, Randy Brecker, Maria Schneider, Jeff Hamilton, John Clayton, Chie Imaizumi, Sammy Davis Jr., Burt Bacharach, Paul Schaffer, Joey Calderazzo, and Marc Copeland. After earning his Music Degree in 1988 at the University of Miami in Florida, he moved to New York City and started playing clubs, touring the US and Europe, and recording.

In 2012, Mike’s book, The Guitar and Amp Sourcebook, was published by Harper Collins Publishers. This 450-page tome provides an insider’s look into the who, what, where, when, and how of guitar and amplifier development from the dawn of the 20th century to the present day. He has also transcribed rock and blues guitar songs and solos for Guitar World magazine, Warner Brothers Publications, and Hal Leonard Publications. Accessrock.com is an interactive instructional web site for guitar that Mike has owned and run since 2001. In 2003, Mike and his family moved from New Jersey to Denver. He has mentored many guitar students on to study at prestigious music colleges, teaches at the University of Denver, Colorado Conservatory for The Jazz Arts, and privately in Denver. Mike currently performs with The Abbott/Gunnison Duo, The Mike Abbott Trio, as well as many of Denver’s finest musicians. 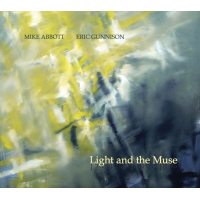 Light and The Muse 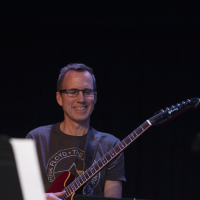 All About Jazz musician pages are maintained by musicians, publicists and trusted members like you. Interested? Tell us why you would like to improve the Mike Abbott musician page.