Michael Brandeburg has for many years made his living in the music industry as a professional arranger, composer, producer and performer. He has contributed his talents to national television productions including Charles Schulz's Girl in the Red Truck on CBS television and Black Notions on PBS. As co-owner of B & B Records with popular west coast alto sax player Michael Bolivar, he wrote, arranged, produced and performed on Bolivar's CDs You Touch My Heart and In the City.

Michael has performed with renowned jazz artists Joe Williams, Steve Allen, Ritchie Cole, Bob Lucas and others. His group One Over One Equals One was a finalist at the prestigious Notre Dame Jazz Festival, and he has played several jazz festivals throughout his career. As a highly accomplished jazz drummer, he has played on numerous CDs including, Jim Boggio’s Accordion To the Blues, Debbie Voltura’s Who's In The Way But Me, and also performed in the United Artists feature film Smile.

Michael earned a BA in Music Composition from San Jose State University and went on to postgraduate studies at the University of Southern California. He studied orchestration and composition in Hollywood with Pulitzer Prize nominee Dr. Albert Harris.

For the past four years, Michael has produced and performed a very successful jazz series in the world renowned wine country of Sonoma County, California. The eight week series known as “Michael Brandeburg and Friends” features top Jazz performers from the San Francisco Bay area, and will be held again this summer in an outdoor venue complemented with wine tasting from the region's world famous wineries. Visit Michael's web site for more details. 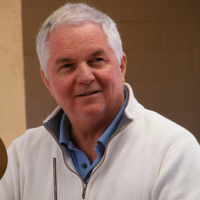 All About Jazz musician pages are maintained by musicians, publicists and trusted members like you. Interested? Tell us why you would like to improve the Michael Brandeburg musician page.