Chicago based trumpeter Marques Carroll is keeping the tradition of jazz alive while pushing the genre forward into exciting new territory. A bold performer and passionate educator, he is dedicated to preserving the authentic culture of jazz and spreading his holistic love of music around the world.

Born into a musical family in St. Louis, Marques fell in love with the trumpet when he was only 8 years old. His grandfather worked with jazz legend Clark Terry who would become a major influence on the young musician. Marques grew up absorbing the blues of Louis Armstrong and the laid back sounds of Miles Davis, eventually going on to study jazz performance at DePaul University. He expanded his palette to include classical and hip-hop influences, making him a throughly modern and versatile musician.

Marques has worked and shared the stage with jazz powerhouses like Carmen Bradford, Dee Dee Bridgewater (Count Basie Band), Etienne Charles, Christian McBride, Jon Faddis, Meshell Ndegeocello, and Randy Weston (Chicago Jazz Ensemble). Marques’ compositions are soulful explorations of culture and consciousness. A storyteller at heart, he uses his horn to break down barriers between genres, writing evocative music that speaks directly to the soul. “Every instrument plays a character,” Marques says, describing his methods. “I want people to open their minds to what the story is about. Every piece I write is purposeful.”

In addition to his prolific performing career, Marques is an accomplished educator. He is musical director for Chicago Jesuit Academy, and regularly holds clinics and master classes around the country. Marques is the leader of the Trumpet Summit and co-leader of the Chicago Soul Jazz Collective, and also a permanent sub-member of The Count Basie Orchestra. His solo debut record, The Ancestors’ Call, is now available everywhere. 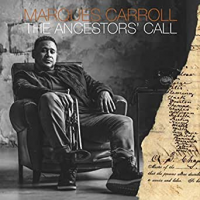 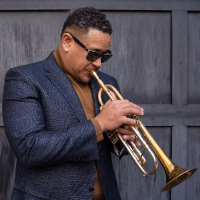 All About Jazz musician pages are maintained by musicians, publicists and trusted members like you. Interested? Tell us why you would like to improve the Marques Carroll musician page.