Marcelo berestovoy's live repertoire is an eclectic mix of Rumba Flamenco, Jazz, Tango, Gypsy swing and guitar driven arrangements of popular, well known songs. His Spanish guitar versions of Beatles songs are among his audience's favorites. Marcelo session/touring and writing credits include some of the biggest names in Latin Pop and Hollywood movies. Marcelo plays over 100 live shows each year and his reputation is rapidly growing around the globe through both his live performances as well as countless instructional guitar videos.

In my own words:

When I was about 10 or 11 years old, I found two records among my father’s collection that would change things forever: The Beatles Abbey Road and Revolver. Another important event was finding a guitar in a closet. From that point on, my interest in music grew day by day. After school, all I wanted to do was listen to music and try to play the guitar, which at that time, I had no idea how to do.

We lived in the 3rd floor of a building across the street from the Botanical Garden in Buenos Aires and on the 9th floor, Classical guitarist Irma Costanzo had a guitar studio. So, to get to my first guitar lessons, all I had to do was take the elevator.

By 10th grade, I was a full time music student, taking guitar, piano, harmony and voice lessons, traveling all over Buenos Aires by bus and train, and going to school at night.

The 1982 war with England, and Argentina’s return to democracy in 1983, had an important impact on the local music scene. Live music pubs emerged all over the city, and I just couldn’t pass up the opportunity of making money playing the guitar while I continued my studies. In addition to playing in a couple of rock bands, I became an acoustic guitar accompanist for folk singers. guitar lesson with Marcelo Berestovoy and Joe Pass

A lesson with Joe Pass at GIT, the guitar program of Musicians Institute.

As I grew older, my father got me listening to his Django Reinhard collection and took me out to listen to live Jazz. That was another turning point. I realized that jazz improvisation was what I really wanted to learn, and in 1985 I decided to move to Los Angeles to attend GIT, the guitar program of Musicians Institute. At MI I had a chance to learn from some amazing players like Joe Pass, Scott Henderson, Joe Diorio & Robben Ford.

I never thought I would stay in US for so long, but one thing lead to another, and here we are, thousands of live gigs and hundreds of recording sessions later ! Show less

Many years of private instruction experience Guitar instructor at GIT/Musicians Institute in Hollywood, CA 2000-2011 teaching a variety of classes including the "Rumba workout", an original class dedicated to the most common Latin guitar rhythms designed for players of other styles. Guitar instructor at Jamplay since 2012 with 76 instructional videos on Latin/Flamenco guitar, Theory and Improv, Jazz, Fingerpicking and Beatles songs for solo guitar on Jamplay as well as live weekly online Q&A sessions. Articles published in Guitar Player, Guitar World and Músico Pro magazines. Coaching experience of bands and Hollywood actors for guitar playing on movie scenes and Spanish language singing For more info on lesson options visit: http://marceloberestovoy.com/guitar-lessons/ 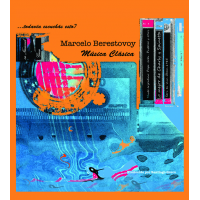 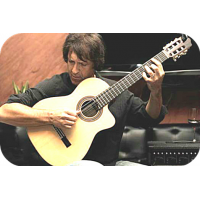 All About Jazz musician pages are maintained by musicians, publicists and trusted members like you. Interested? Tell us why you would like to improve the Marcelo Berestovoy musician page.