LITANGEN - Kjell Harald Litangen - from Skudeneshavn, Karmøy, on the Norwegian west coast has for years been one of Norway’s most sought after session guitarists. He has performed with artists like Maria Mena, Rebekka Bakken, Ole Edvard Antonsen, LidoLido and Al Jarreau, and in TV shows like “The Late Show with David Letterman”, “Skavlan” and “The Nobel Peace Prize Concert”. His very first solo project, released 2020, was written and recorded in his home studio outside Oslo during the coronavirus lockdown. Musical freedom was LITANGEN’s main focus for this album project. The album “Diversions” is a collection of 12 new compositions - instrumental guitar/string oriented music influenced by various kind of musical genres. New album “A Fine Line” released september 17th 2021 featuring guest like Ole Edvard Antonsen and Torstein Lofthus amongst others.

Kjell Harald Litangen LITANGEN guitar guitarist
”The songs are quite diverse , but they all have in common that they are very evocative and beautiful. LITANGEN has found a core that is real ,sincere and obviously him. He has no need to show us how good he is in technical terms - he has a need to show us who he are, and that is definitely what he does “ 5/6 Tor Hammerø, Nettavisen -Norway 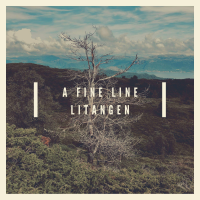 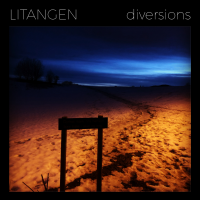 All About Jazz musician pages are maintained by musicians, publicists and trusted members like you. Interested? Tell us why you would like to improve the LITANGEN musician page.