LENA SEIKALY is a fresh voice on the national jazz scene from Washington, D.C. Named “one of Washington’s preeminent jazz singers” and “brightest voices in jazz” (The Washington Post), as well as a “major league young talent in jazz” by Duke Ellington’s biographer, Dr. John Hasse, Lena is already making her mark as both a revivalist of traditional jazz vocals, as well as an innovator in contemporary vocal jazz styles. Originally from Falls Church, Virginia, she began her training at age four with piano, continued with classical voice in her teens, and went on to complete a B.M. in classical vocal performance at the University of Maryland School of Music. While attaining regional and national recognition for her classical vocal abilities – including two prestigious prizes from the National Society of Arts and Letters – it was in college where Lena discovered a strong passion for jazz, and embarked on a fervent education of jazz history, styles, theory and composition before pursuing a jazz career in the Washington D.C. area. In 2009, Lena was a participant at the Betty Carter Jazz Ahead program at the Kennedy Center in Washington D.C., where she studied closely with jazz giants Curtis Fuller, George Cables and Dr. Nathan Davis. She was also selected as a Strathmore artist-in-residence for the 2009-2010 season at Bethesda, Maryland’s renowned Strathmore Music Center. As the leader of her own trio, quartet and quintet, Lena has sold out performances at legendary D.C. institutions such as Blues Alley, the Strathmore Mansion, the Kennedy Center’s Millennium Stage, The Hamilton, Twins Jazz and various Smithsonian venues, among many others. As a vocalist with other ensembles, she has performed at the North Sea Jazz Festival (The Netherlands), the Jazz Ascona Festival (Switzerland), the Sacramento Jazz Jubilee (CA), and was a participant at the Jazz Aspen Snowmass program directed by Christian McBride.

Lena has self-produced three albums in the past four years – “Written In The Stars” (2009), “Lovely Changes” (2011) and “Looking Back” (2013) – the latter two of which were released to sold-out shows at Blues Alley. All three received critical acclaim from music critics in leading D.C. online and print publications, garnering full-page, in-depth feature articles in the Washington Post and the Washington City Paper. Dubbed “the work of a supremely confident master of her instrument” (Washington City Paper), “Looking Back” features all music from the 1920s and ‘30s, includes liner notes by Dr.

John Hasse, and can be heard frequently on D.C.’s jazz radio station, WPFW 89.3. Professionally, Lena is an established recording artist in the D.C. area, contributing vocals to recording projects of all genres, including musical scores to several National Geographic documentaries. As a commissioned composer and arranger, Lena has written classical, jazz and bossa nova arrangements for jazz ensembles, choirs and chamber orchestras. Also an avid educator, Lena has worked as a private teacher of jazz and classical voice, beginning piano and guitar in Washington D.C., Maryland and Virginia, and has and led various educational jazz vocal workshops at the Strathmore Music Center. During the 2008-09 academic year, she was the vocal jazz instructor at the Duke Ellington School of the Arts.

As a classical vocalist, Lena still performs regularly as a mezzo-soprano and alto soloist at Westmoreland Congregational United Church of Christ in Bethesda, MD, both in services and as part of seasonal concerts with orchestras. She has been a featured soloist in Handel’s Messiah, Mozart’s Requiem, Bach’s Magnificat, Vivaldi’s Gloria, Duruflé’s Requiem, Britten’s Canticles and Ceremony of Carols, and many others.

"...one of the local jazz scene’s most promising performers."– The Washington Post

"Lena Seikaly [is] one of the contenders for D.C.'s best singer, with a rich voice and precise articulation that belies her enormous creativity on the vocal." – Washington City Paper

"The lovely young D.C. vocalist Lena Seikaly is gaining a national reputation. Little wonder: her full-bodied voice has power and confidence far beyond her 24 years, and her litheness and control is incredible

"...one of the local jazz scene’s most promising performers."– The Washington Post

"Lena Seikaly [is] one of the contenders for D.C.'s best singer, with a rich voice and precise articulation that belies her enormous creativity on the vocal." – Washington City Paper

"The lovely young D.C. vocalist Lena Seikaly is gaining a national reputation. Little wonder: her full-bodied voice has power and confidence far beyond her 24 years, and her litheness and control is incredible. [She is] well on her way to a major singing career…" – Washington City Paper

"An absolutely fabulous voice... It's really refreshing to know a vocalist who can read and write just as well as the other cats." – Curtis Fuller 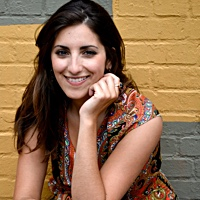 All About Jazz musician pages are maintained by musicians, publicists and trusted members like you. Interested? Tell us why you would like to improve the Lena Seikaly musician page.