Lee W. Smith is an American-born bassist. He was born and raised in Philadelphia, Pennsylvania to Leopold and Anne Smith, the younger of two children. He has an older sister, Leanne. Lee has three sons: Lee W Smith, Jr., Tommy Pinkett, and celebrated bass great Christian McBride.

Lee studied trumpet from 5th grade through his freshman year at West Chester University. He played with the school orchestra and band, and with the all city concert band.

While in Overbrook High School, Lee got his first bass guitar, and started learning songs from the radio by ear. He became interested in the bass guitar after hearing James Jamerson on numerous Motown recordings. After strong encouragement from some fellow local musicians, Lee started doing gigs on the weekends while still in school. He performed with a group called the Time Keepers which featured Phillip Harris on drums and Steven Knight on guitar.

In the summer of 1977, a high school friend and fellow musician, Alfred Williams, who was working as musical director for legendary Afro-Cuban Percussionist Mongo Santamaria, invited Lee to audition for Mongo’s group. Lee was hired following the audition. This was Lee’s first time playing Latin music and was one of the most challenging musical experiences he had in his career. He later moved to New York and continued working with Mongo for five years. Lee appears on six of Mongo’s albums: Images, Red Hot, Summertime, A La Carte, Montreux Heat, and Grammy-award-winning Dawn (Amanecer). During the five year period with Mongo, Lee toured all over North and South America as well as extensively in Europe.

After Lee’s stint with Mongo, he moved back to the Philadelphia area due to family health issues that required his assistance. Shortly thereafter Lee received a call from jazz pianist Milton Sealy to play at the grand opening of the Trump Plaza casino.

From 1983 to 1989 Lee worked the Atlantic City circuit. This was Lee’s first steady performance of mainstream jazz. He gigged with Milton as a duo and freelanced with other musicians. During this time it was Milton that strongly suggested Lee pick up the acoustic bass. Around 1986, Lee purchased his first upright bass from drummer Wilby Fletcher. The bass belonged to Wilby’s late uncle. That bass is still Lee’s main bass today. Photo: Lee Smith playing Upright Bass.

Lee is self taught on the electric and upright bass. His background of formal music study and education was a major asset to this transition. He transferred his knowledge of music theory from the trumpet to the bass. 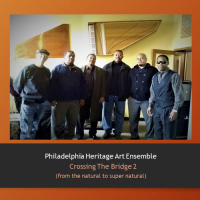 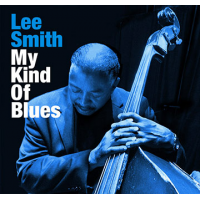 All About Jazz musician pages are maintained by musicians, publicists and trusted members like you. Interested? Tell us why you would like to improve the Lee Smith musician page.