Naturally gifted yet exceptionally well-trained, Laurin Talese has been amazing audiences with her stunning voice since the age of 10. As a native of Cleveland, Ohio, Ms. Talese attended the Cleveland School of the Arts where she began to receive wide spread notoriety as a promising young vocalist. After completing high school, Laurin relocated to Philadelphia where she attended the University of ...the Arts and subsequently received a Bachelor of Music degree in Voice.

Although Laurin’s greatest affinity is jazz, she is quite an accomplished vocalist in many musical genres. She has worked with numerous American national recording artists such as Jaguar Wright, Bilal, Robert Glasper, Vivian Green and international German superstar Joy Denelane. In addition to these great musicians, Laurin has shared the stage with great classical and jazz ensembles such as The Cleveland Orchestra, The Cleveland Jazz Heritage Orchestra, The Moses Hogan Chorale, and the internationally acclaimed Mozarteum Orchestra of Salzburg, Austria.

Laurin’s enchanting talent has afforded her the opportunity to perform throughout Europe including the UK, The Netherlands, Belgium, Germany and Austria as well as Asia, Brazil, and 30 of the states that comprise the continental United States.

In perfect complement to her effortless vocal abilities, Laurin is also an eminently gifted and very passionate songwriter

. It is the union of her pure tone and poignant lyrics that enchant so many who desire to hear her sing. As she aspires to maintain musical excellence, Laurin Talese continues to dazzle spectators with her impeccable skills and elegant, intimate performances. Laurin can be seen performing in Philadelphia and the Tri-State area where patrons enjoy the alluring songstress as she seamlessly blends standard jazz ballads, classical art songs, and original tunes for an unforgettable performance experience that is beyond category. Recently, Laurin Talese partnered with internationally acclaimed music director/producer Adam Blackstone and BASSic Black Entertainment to create her highly anticipated debut EP. Show less

”Some of the most luxuriant, sumptuously phrased jazz vocals you could hope to hear.” Howard Reich - Chicago Tribune 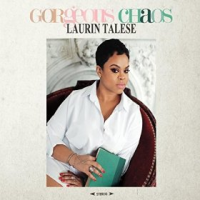 All About Jazz musician pages are maintained by musicians, publicists and trusted members like you. Interested? Tell us why you would like to improve the Laurin Talese musician page.