Shenkar (aka L.Shankar, Shankar) is widely considered a living legend, a pioneer and a musical genius by his peers who hold him in the highest esteem. Shenkar has enthralled audiences and critics alike all over the world. A child prodigy who is a virtuoso vocalist, violinist, composer and record producer who has sold over 100 million albums through his solo projects and collaborations with other superstar musicians throughout the world. Shankar was born in Madras, his parents from Kerala, he grew up in Jaffna, Sri Lanka where his father V. Lakshminarayana was a professor at the Jaffna College of Music. Shankar was exposed to Carnatic music and other styles from an early age. He started studying the vocals at the age of two then violin at five then mridangam at seven. His father was an esteemed violinist, vocalist, his mother L. Seethalakshmi played the veena and sang; all his five older siblings were also proficient in music. At the age of seven, Shankar gave his first public concert, at a Ceylonese temple, Nallur Kandaswarmy. He gained a large following performing with some of the most eminent names in Carnatic music, playing all through India, such as Chembai Vaithyanatha Baghavatar, Palghat Mani Iyer, Semmangudi Srinivasa Iyer, Alathur Srinivasa Iyer and many other leading musicians. Following the ethnic riots in Sri Lanka, his family escaped to India.

Shenkar created and designed his own invention, first of it's kind the 10 string stereophonic Double Violin, built by Ken Parker. The Double Violin covers the entire range of the orchestra. He formed the groundbreaking band Shakti with the British guitarist John Mclaughlin, Zakir Hussain and Vikku Vinayakram and toured the world. He also performed extensively his Indian classical tours with Zakir Hussain and Vinayakram. He recorded 8 world music albums for the reputed German label ECM and toured extensively featuring the renowned Sax Player Jan Garbarek, Kenny Wheeler, Don Cherry, Ed Blackwell, Trilok Gurtu in many Jazz and world music festivals organized by his label ECM featuring other ECM artists such as Keith Jarrett, Jack DeJohnette etc.

Shenkar has worked on numerous soundtracks including the Grammy award winning and controversial “The Last Temptation of Christ” by the legendary film maker Martin Scorsese. He co-wrote many tracks with Peter Gabriel and his vocals were featured in the movie. In 2004 Shenkar, composed and performed vocals on Mel Gibson’s “The Passion of the Christ”. His unmistakable haunting voice was heard all through the movie.

Shenkar collaborated with the gifted duo Wendy & Lisa (Prince) on their original score for the NBC smash hit TV series “Heroes”. Shenkar is the featured lead vocalist on the theme and all episodes of “Heroes”. Also in Heroes- Reborn TV series. His voice is featured on the recent hit TV show Fear the Walking Dead.

Shenkar moved to India in January 2016 following the invitation from Sri Thirumeni Guruji at Chepleeri Siva Temple in Kattukulam, Punchapadam, 30 km from Pallakad. Sri Thirumeni Guruji and Shankar started Shiva Conservatory 3 1/2 years ago the headquarter at Chepleeri Shiva Temple and other branches including at Palakkad Public Library in Palakkad headed by T.R.Ajayan, Chennai, Hosur, Los Angeles which has several prominent musicians taking master classes under Shankar and many other students from different genres of music. Show less 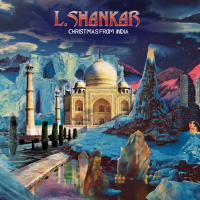 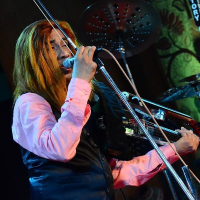 All About Jazz musician pages are maintained by musicians, publicists and trusted members like you. Interested? Tell us why you would like to improve the Lakshminarayana Shankar musician page.