Kirsi-Marja “Kiki” Harju (1993) is a Finnish trumpet player, singer, bandleader and composer based in Amsterdam. “I didn’t choose the trumpet, the trumpet chose me,” she recalls. “I wanted to play everything else, particularly violin, but as a kid I made mistakes in the music school exam, I was so nervous.” She was put into the wind department, given a pocket trumpet and soon found she could play beautiful melodies. She also sang. “My friends said I was too loud but I loved it. I was in choirs and vocal groups at school. Later I heard Chet Baker and realised I could combine the two.”

She has studied music both in Finland and in The Netherlands, and lastly she graduated from the jazz department of Conservatorium van Amsterdam in 2019. She has worked with a wide range of different kinds of groups and music styles, from orchestras and big bands to duos and pop-groups, performing in different kinds of venues and festivals around Europe. Currently she writes new music, teaches, performs and leads her group KAMA Kollektiv. In 2019 Harju produced and released their first album “KOTI” (which means “home” in Finnish) and in June 2021 the group’s 2nd album “TOIVO” (meaning “hope” in Finnish) was released on a German label BERTHOLD records. KAMA Kollektiv has toured in The Netherlands, Germany and Finland, and in May 2021 they also had the honour to play a showcase- concert at the jazzahead! conference in Bremen

. She is also involved in other original, aspiring groups like Kurkuma (led by Irene Sorozabal), Puntjudith and Barmy57. Show less

Kirsi-Marja Harju Kirsi Harju KAMA Kollektiv Trumpet Vocals Composing Amsterdam
“You are very musical and nobody can ever take that away from you.” – Jan Wessels

”Melodious, with some harmonic surprises, overall very mature for such a young band. [...] The vocals add a magical atmosphere, certainly in the Finnish parts.” —Hans Invernizzi for Jazzflits, Nr. 318, 05-2019

”If you wish to hear some bitter-sweet melodic tunes with a beating jazz heart, beautifully performed and delivered by an idiosyncratic voice, then much of Koti will be of interest.” —Owen Davies, DPRP.net 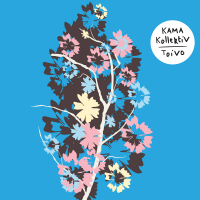 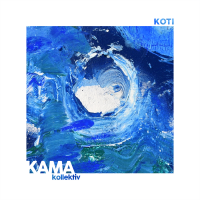 All About Jazz musician pages are maintained by musicians, publicists and trusted members like you. Interested? Tell us why you would like to improve the Kirsi-Marja Harju musician page.