Jonathon also co-leads the group 'Himalayas' with drummer Kenny Wollesen, and performs in the ensemble 'Now We Are Here' which is led by filmmaker Jonas Mekas. 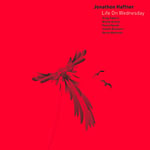 All About Jazz musician pages are maintained by musicians, publicists and trusted members like you. Interested? Tell us why you would like to improve the Jonathon Haffner musician page.