He has been a blue ribbon judge at the Emmy Awards, and appeared in Who’s Who in Entertainment and Who’s Who in Emerging American Leaders

. He has acted in film (”Baby It’s You”) and on radio. His novel, “The Disharmonic Misadventures of David Stein” is a funny, far-out jazz mystery. He has written the lyrics, music and book to a new musical, “Space Vacation”, and has put out an album of his jazzy/funny songs and another of his country songs written with Christine Asero. Jonathan has been the middle school chorus director at Trevor Day School, the music specialist at Solomon Schechter School of Manhattan and PS6, and music director at Crane Lake Camp and for the Summer Stock musical theater camp at the JCC in Manhattan. He teaches piano privately and coaches singers. Show less 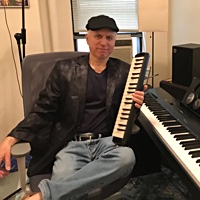 From: Last Tango at Stony Brook
By Jonathan L Segal 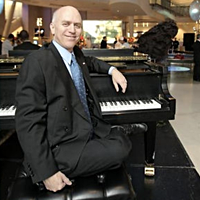 All About Jazz musician pages are maintained by musicians, publicists and trusted members like you. Interested? Tell us why you would like to improve the Jonathan L Segal musician page.