Jonathan Greenberg was born and grew up in New York City. He got a musical education from his father, David Greenberg, a composer/arranger, pianist and band leader who taught him all styles of music. Jon recorded with Jimmy Knepper, Kenny Washington, Drew Francis, Loren Schoenberg, Howard Hodge, Jay Leonhardt, Ronnie Bedford, Jerry Kale, Santo “Sonny” Russo and Don Hahn. Jon played trumpet in pit orchestras for Guys & Dolls, South Pacific, Fiddler on the Roof plus concerts at Carnegie Hall four times and Alice Tully Hall once before the age of 16.

At age 16, he moved to Virginia and played with The Ringling Bros/Barnum & Bailey Circus every time they came to Hampton and Norfolk, performed with the Temptations, O’Jays, Coasters, Drifters, Platters plus the Tidewater Jazz All-Stars which opened for Doc Severinsen at the Town Point Jazz Festival. He then produced an original Sonata when he was just 19 years old and recorded it with Joel Futterman and Russell Scarborough in 1979.

Since then, he played in London & Paris, got a music performance degree at VCU, was awarded the trumpet soloist of merit from Branford Marsalis, Tony Williams and Conte Condoli at the Notre Dame Jazz Festival, performed for the National Jazz Educators Association played concerts with Dr. Frank Foster, recorded with dozens of artists and directed Vinnie Knight’s big band, the Jazz Riders.

Jon worked and recorded with Steve Bassett's Mystic Soul Bubbas, played the 2008 Ella Fitzgerald Jazz Festival with his newest group, The Jazz Warriors (which opened for Paquito DeRivera and Ramsey Lewis). In 2010 he performed with Gloria Gaynor plus worked for Martha Revees and the Vandellas in 2011 followed by Darlene Love plus Little Anthony and the Imperials. He joined the Central Virginia Jazz Orchestra (CVJO - which performs concerts and earned a Grammy nomination in 2013 for its James River Jazz CD).

The Chez Roué Orchette is a band with which he had played every Thursday night since 1990. There are fifteen years worth of digital recordings from these weekly events. Performance videos can be viewed on YouTube. Jon worked and recorded with The Chez Roué Orchette, CVJO, Skip & Skylark, The Band of Steve’s, Adrian Duke’s Project, Samson Trinh’s Upper East Side Big Band (Pollack Prize Winner), AttractionBand.com, Emme St James & Her Jazz Gentlemen, Cavalier Orchestra, the RVA Big Band plus River City Jazz Band and currently leads his own Jazz Warriors. 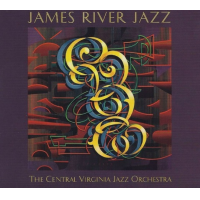 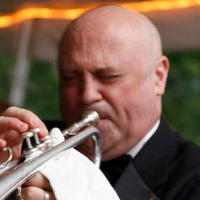 All About Jazz musician pages are maintained by musicians, publicists and trusted members like you. Interested? Tell us why you would like to improve the Jonathan Greenberg musician page.