Jon has released 2 solo CDs.. in 2009 he released “When the Heart Speaks” and the more recent 2011 release “One with Everything” and is currently working on a new project that will be entitled “Music for Letting Go.”

As a songwriter, he has won a Grammy as the co-writer of “New Attitude” on the Beverly Hills Cop soundtrack and has had many other cuts by artists both here and abroad.

As a keyboardist, he has worked live and or in the studio with artists such as James Taylor, Linda Ronstadt, Faith Hill, Aretha Franklin,

As a film composer, wrote the original score for Patricia Arquette and Reese Witherspoon's Lifetime feature “Wildflower” directed by Diane Keaton as well as NBC's “The Secret Sins of the Father” directed by Beau Bridges along with collaborator Kenny Edwards. Jon has also scored a short film called Denial directed by Joel Kelly and starring new Superman actor Brandon Routh and Dexter and True Blood star Courtney Ford. Along with collaborator David Rice, we composed the theme song to the ABC hit show “Hope and Faith” and has also composed, arranged and produced music for Good Morning America and Entertainment Tonight as well as the USA network show Happy Hour” with Dweezil and Ahmet Zappa co-written with long time friend Lee Sklar . More recently, Jon has worked on hit films A Star is Born, Coco and the new Mary Poppins film.

As an audio producer, sound designer and composer, he worked on a CD ROM project with Deepak Chopra titled “ The Wisdom Within. “ as well as various projects for the Sounds True catalog and several stage productions.

As a producer projects include two CD releases by Stephen Bishop. the 2019 CD “We'll Talk about it Later in the Car” and the 2016 “ Blueprint” as well as Arnold McCuller's “Sabor” CD, Julia Fordham (featuring Michael McDonald), Michael Herndon, latin artists Vanaz as well as projects released by jazz artist Gary Meek on A440 records entitled “Step Seven” Randy Jacobs’ solo project entitled “From Me to You” as well as contemporary chant artists Steve Ross and Ryan Brewer.

Worked from 2011-2016 as Musical Director & Curator for the music program at the Spiritual Center of Los Angeles. 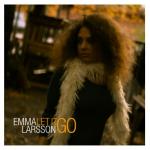 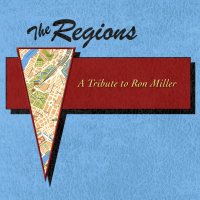 All About Jazz musician pages are maintained by musicians, publicists and trusted members like you. Interested? Tell us why you would like to improve the Jon Gilutin musician page.