During a recording career that spanned nearly half a century, Johnnie Taylor covered more genres of African-American music than any other major artist.Despite Johnnie Taylor's awesome run of hit records, he remains somewhat of an enigma, perhaps the most underrated recording artist of all time. Never-the-less, this singing sensation has been one of the most versatile and durable recording artists of the era. During his career, Taylor scored 11 top 40 hits on the Billboard pop chart. With a career than embraced Gospel, Pop, Blues, Do Wop, Memphis Soul, and even Disco, Taylor proved he could handle any piece of music.

Johnnie Harrison Taylor was born in Crawfordsville, Arkansas on May 5, 1938, and reared in nearby West Memphis. Inspired equally by gospel and blues (the legendary bluesman Junior Parker as his neighbor), Taylor first recorded in the early fifties as part of the Five Echoes, a Do-wop group that had one release on the Chance label in Chicago. However, he didn't receive any real recognition of "Somewhere To Lay My Head." Taylor's lead singing was strikingly close to Sam Cooke, so it wasn't surprising that he took Cooke's place in the Soul Stirrers in 1957. During the next two years, Taylor would make a number of fine recordings with that group, but he eventually left to pursue a short career as a preacher.

In the interim, Sam Cooke had formed the Sar label as a sideline to his own successful recording career. Ironically, Cooke recruited Taylor for the label with the intention of making him a Pop / R&B attraction. Taylor would score with "Rome Wasn’t Built In A Day" in 1962, but his recording career bogged down temporarily when SAR's operations were suspended after the tragic death of Sam Cooke.

In 1966 Taylor signed on with Stax Records in Memphis, scoring with the bluesy "I Had A Dream" and "I've Got To Love Somebody’s Baby." Two years later, Taylor's style easily adapted to the demands of modern Soul with his recording of "Who’s Making Love" which shot to the top of the R&B charts. The record sold more than two million singles, and established Taylor as one of the nation's premier Soul attractions.

For the next seven years, Taylor's name rarely left the bestseller list. His first million seller was followed by such classics as "Take Care Of Your Homework" "Jody’s Got Your Girl" "Steal Away" and "Cheaper To Keep Her" to name a few. It's true that much ink has been spilled documenting the contributions Otis Redding, Booker T & The M.G.'s, Issac Hayes and Sam & Dave made to Stax Records, but in fact, Johnnie Taylor was their all time best selling recording artist.

With the demise of Stax, Taylor moved over to Columbia, waxing the mega-hit, "Disco Lady" which was at the top of everybody's charts in 1975. Unfortunately, Columbia didn't fully recognize Taylor's talent, and they were content to mistakenly cast him as merely a Disco artist. Not surprisingly, his record sales slipped.

After leaving Columbia, he made a brief stop at Beverly Glen Records in 1982, recording a reasonable album and climbing back into the charts with the "What About My Love" single. But, as Taylor admits, at the time he was looking for a record company that would work closely with him just as Stax once had.

Taylor found that company, or rather they found him in 1984, when he joined Malaco Records. His initial Malaco album, "This Is Your Night" was not only a well crafted piece of music, but sales wise, it was Taylor's biggest record in nearly a decade. The follow up "Wall To Wall" proved to be just as satisfying, featuring some for the best material. Blues, Soul Ballads, down home Funk.....it didn’t matter to Taylor. He could do it all, and this album proved it. He continued to record for Malaco throughout the 1990’s. Taylor’s 1996 album “Good Love” became Malaco’s greatest selling album in its history on the strength of the single “Last Two Dollars.” Taylor’s final album was 1999’s “Gotta Get the Groove Back.” That album culminated an unbelievable career held by one of the greatest gospel, soul, and Rhythm and Blues singers of the 20th century.

Johnnie Taylor died of a heart attack on May 31st, 2000 and is buried at the Forrest Hill Cemetery, Kansas City, Missouri. 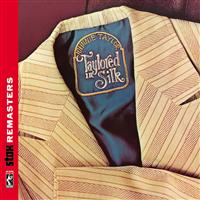 All About Jazz musician pages are maintained by musicians, publicists and trusted members like you. Interested? Tell us why you would like to improve the Johnnie Taylor musician page.