A late bloomer by any stretch of the imagination, this native of Edmonton, Canada, didn’t begin playing piano until age eighteen. However, he did show an interest in music at an early age, and as a result, his father handed down his own clarinet and taught him the basics when John Stetch was nine. A few years later, Stetch switched to alto saxophone and eventually completed his first year of university on classical tenor saxophone. “When I first broached the idea of playing piano, several of my teachers actually chuckled at the idea that I could suddenly take up piano so late in life. Come to think of it, they actually discouraged me. But I knew it was something I had to do … I just felt that the piano was my higher calling. I was inspired by the rhythmic and harmonic potential, and it’s such an enjoyable instrument to work at alone.”

Stetch's life as a professional musician began when he moved to Montreal, gradually breaking into the ‘big city’ jazz scene there. After working for several years in that city, Stetch recorded his first album, Rectangle Man, in 1992, which led totours, additional recordings, and frequent airplay across Canada, including CBC’s popular “Jazz Beat.” Stetch moved to New York later that year and found himself regularly participating in the legendary Park Slope jam sessions �” an almost mandatory rite of passage in the New York jazz community. He continued to work with his own group as well as with many others as a sideman.

In 1993, Stetch decided to enter the Thelonious Monk Composer’s Competition. Stetch not only took 2nd place, but, of 260 international entries, two of his compositions placed in the prestigious competition’s top twelve.

After several solo concerts, Stetch reached a pivotal moment in his career. Although he loved group playing, he realized that he now wanted to explore the challenge of building a solo piano oeuvre. To this end, in 2002 he recorded and released Ukrainianism. This recording celebrated his heritage with a blend of jazz, classical and folkloric arrangements of melodies that were familiar to him from an early age.

Voluminous critical acclaim followed, with superlative praise from the major jazz journals, including Down Beat, who called Ukrainianism “one of the best solo piano recordings in recent years.” Jazziz called it “a very powerful and truly monumental recording.” The second release, Standards, featuring ‘derangements’ of some well-trodden material, was released in 2003. This was met with equal enthusiasm: JazzTimes praised Stetch for possessing “an unlimited imagination, unique harmonic and rhythmic conceptions and the digital dexterity to execute any idea he hears.”

The release of Exponentially Monk completed his solo trilogy and positioned Stetch among the highest ranks of contemporary pianist/composers. As the album’s title implies, the focus is solely on Thelonious Monk. This galvanizing and brilliant recording bursts with momentum, humor, textures and a personal approach to this venerable material. Echoing the reaction of live audiences, The Philadelphia Inquirer said, “John Stetch makes a solo session sound like a crowded bandstand,” and Utne Reader proclaimed Stetch’s music to be “bold and vital jazz for the 21st century.”

To support the recordings that comprise the solo trilogy, Stetch has performed solo concerts at some of the world’s most prestigious venues, including the Monterey, Montreal, and Paris JVC Jazz Festivals. In recognition of his still-evolving career, the Canadian Government has awarded Stetch with numerous grants for touring, development and composition, and he’s also been commissioned by several private foundations. Although he still loves to perform solo, his current focus and priority is the trio. Stetch concludes, “After all that solo work, it’s a real thrill to add two more musicians to the mix �” the energy and spontaneity now seem suddenly three-dimensional.”

Undeniably one of today’s most riveting jazz pianists and composers, John Stetch has returned to the trio format after an internationally acclaimed solo piano trilogy. Consistently praised for his inventiveness, exquisite sound and technical brilliance, Stetch rounds out his vision with his new trio recording, Bruxin', comprised entirely of his own unmistakable compositions. Show less 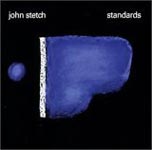 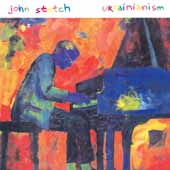 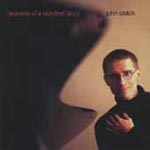 Heavens of a Hundred...

All About Jazz musician pages are maintained by musicians, publicists and trusted members like you. Interested? Tell us why you would like to improve the John Stetch musician page.