John Guida is a South Jersey native who grew up in a musical family. It was this early exposure that instilled John’s lifelong passion for music, His musical career began when he played on the Steel Pier while still in high school. Later he toured the country with the Jimmy Dorsey Orchestra and then returned to the Atlantic City music scene where he played at the 500 Club, Club Harlem, and with the Ice Capades Orchestra. John was a charter member of the Si Zentner Orchestra at Resorts International, the first casino to open in New Jersey. He has also played with other big bands including Harry James, Mercer Ellington, Ray Anthony, and Billy May.

Over the years, John has been fortunate to play with some of the “Jazz Greats,” such as Roy Eldridge, Teddy Wilson, Louie Bellson, Charlie Shavers, Zoot Sims, and Jack Sheldon. He has played many musicals in Philadelphia theaters, including Crazy For You, City of Angels, Damn Yankees, Kiss of the Spider Woman, and Bye, Bye Birdie.

His versatility is evidenced by his performances with the Philly Pops, the Ocean City Pops, and the Greater Trenton Symphony.

John was privileged to have studied with renowned saxophonist George Young. He attended Rutgers University and received his Bachelor’s and Master’s degrees from Rowan University.

As an educator, he directed the Jazz Ensemble at Rowan University and the Jazz Orchestra at Camden County College. He has been an adjudicator and a clinician at several South Jersey high school jazz festivals as well as the Rowan Jazz Festival. He is currently Adjunct Professor of saxophone at Rowan University and Adjunct Professor of woodwinds and saxophone at Cimberland County College. 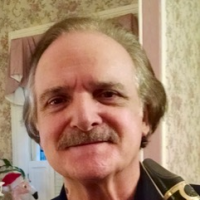 All About Jazz musician pages are maintained by musicians, publicists and trusted members like you. Interested? Tell us why you would like to improve the John Guida musician page.