The band was assembled in November 2018 and the concept was created in June 2017.

The album was recorded in Munich in July 2018 in the Starseed by Frank Schlaipfner who acted as producer of the album.

After traveling for 5 years around the world, creating and playing music around the more than 25 countries that the Argentine singer-songwriter Joel Forteza has visited, he returns to Buenos Aires with an eclectic musical proposal, where various Latin musical genres are mixed, with nuances of jazz fusion, and progressive rock.

Currently the band is presenting the album managed independently.

Jazz Rock Latin Jazz Bossa Nova Progressive Rock Joel Forteza buenos aires
”From Argentina lands one of the strongest alternative promises of this year. Joel Forteza presents a solid and different work, one of those that generate expressions of surprise for the listener and with a Replay Value that will wear out the loudspeakers of your stereo.” La Werk Magazine 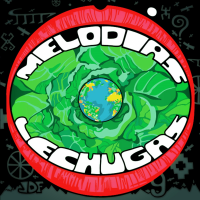 Self Produced by Frank Schlaipfner
2019

From: Melodías Lechugas
By Joel Forteza

All of Me - Spanish version

All About Jazz musician pages are maintained by musicians, publicists and trusted members like you. Interested? Tell us why you would like to improve the Joel Forteza musician page.