Jimmy Norman has stories to tell, whether in the lyrics of the hundreds of songs he has written over the past 50 years or in a remarkable musical life that's taken him from the dark side of the Chitlin' Circuit to the inner circles of American pop music. Through photos, music clips, audio interviews and video remembrances, this web site allows visitors to become part of that historic journey.

Jimmy's songwriting talent led to musical collaborations with such notables as Bob Marley, Jimi Hendrix, Lloyd Price, Lou Rawls and Johnny Nash. While performing in venues extending from the smallest Chitlin' Circuit dives to the stages of the Apollo Theater and Carnegie Hall, Jimmy has appeared with Jerry Lee Lewis, Solomon Burke, Marvin Gaye, The Temptations, Ben E. King, and Ike & Tina Turner. Later, he would perform around the globe as lead singer of Carl Gardner’s popular group, The Coasters.

In 1964, Jimmy wrote lyrics during an Irma Thomas recording session for the R&B classic, Time Is On My Side�"later to become a major hit for the Rolling Stones. In 1972, Jimmy was featured vocalist on Eddie Palmieri’s revered Harlem River Drive, a breakthrough Latin-flavored funk album.

We invite you to dive in and explore Jimmy’s life and music. If you have a question, comment or your own story, write to Jimmy on the link below. And be sure to read the amazing story of Little Pieces. Sample what we think is the very best work of a multi-talented artist whose influences draw from the well of America’s finest musical traditions. 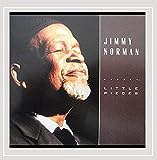 All About Jazz musician pages are maintained by musicians, publicists and trusted members like you. Interested? Tell us why you would like to improve the Junior Mance musician page.