Jimmy Jackson's association with jazz is a profound experience in itself. For over 20 years Jackson toured the world with legendary organist Jimmy Smith, and during the course of this prestigious tenure he also performed with other such masters as McCoy Tyner; George Benson; Carlos Santana, and Christian McBride (who refers to Jimmy as "swinging Jimmy Jackson"). Having shared the stage for so many years with these and other giants of jazz - and the list is extensive - makes Jackson a living icon in his own right.      On My Way Home features arrangements inspired by a 1961 collaboration between Cannonball Adderley and Nancy Wilson. There are several original tunes as well that keep the musical dialogue between past and present alive and intact. There is also a previously unreleased track recorded live in Tokyo featuring the late Jimmy Smith.      Whereas many musicians who have spent their careers as sidemen have difficulty shifting their status to center stage, Jackson's soulful vocals and commanding personality allow him the opportunity to front his talented quintet as well as maintaining his status as a world class drummer. "The collaboration between Cannonball Adderley and Nancy Wilson, was a record that really set me on fire about playing jazz when I was young," says Junebug, now 49: "On My Way Home is my way of paying tribute to them and all the other great artists who've inspired and guided me over the years."

A well meaning journalist once asked a famous trumpet player to define jazz. The response was "Man, if you don't know by now, you ain't never gonna know!" A definition of jazz is indeed elusive, but On My Way Home, by Jimmy "Junebug" Jackson, is jazz. Period. It displays a sense of timelessness and universality, a link between past and present, and that is what great art is all about. 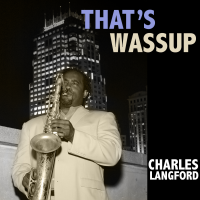 On My Way Home

All About Jazz musician pages are maintained by musicians, publicists and trusted members like you. Interested? Tell us why you would like to improve the Jimmy "Junebug" Jackson musician page.