Saxophonist and composer Jesse Ryan grew up in Port of Spain, Trinidad & Tobago surrounded by a rich heritage of music. Perhaps, it’s no surprise that he has steadily earned his place as one of Trinidad’s bright, young stars, being the grandson of one of the islands’ calypso veterans, Clifton Ryan, aka the “Mighty Bomber”.

Jesse is the 2020 recipient of the Toronto Arts Foundation’s Emerging Jazz Artist Award - an award that puts a spotlight on emerging jazz musicians with a keen sense of the grand tradition behind jazz music, while putting their own stamp on the genre and the Toronto music scene with their unique style and approach. His Bridges project is an emerging, eclectic quintet that bridges both the jazz and Afro-Caribbean traditions - A true celebration of the cultural, rhythmic and expressive connections between North America and the islands.

With this project Jesse is anticipating the release of his debut album in Fall 2020. His compositions are ambitious and his enchanting sound telling, that he is set to take Caribbean Jazz out of its niche of ethnic fusion, and into the mainstream.

Jesse is a fresh new voice, with a unique perspective on the music of today. A gifted instrumentalist, he is also an adept arranger, composer and producer, a real pleasure and honor to work with him. – Roberto Occhipinti

Jesse has had the opportunity to study at Berklee College of Music, Boston and Humber College, Toronto where he received a B.Mus. Degree in Contemporary Music. Currently living in Toronto, Canada, he has had the opportunity to study and work with some of Toronto’s finest musicians including Nick Morgan, Kirk MacDonald, Pat La Barbera, Luis Deniz, Alexis Baro, Shelly Berger, Roberto Occhipinti, Daniel Barnes, Rachel Therrien, Amhed Mitchel and Larnell Lewis.

Jesse says, “I feel blessed to have to opportunity to make music in such a great city, and contribute my voice and unique Caribbean perspective to the vast multicultural landscape that is Canadian music.” Jesse Ryan is one of the new upcoming arrangers/producers in the music business that is really going to make a name for himself. — Shelly Berger

As an arranger/producer he has worked with a variety of jazz, gospel and world music artists including: Sarah Thawer, Jide Adeoye, Anne Ugobor, Stephen Lewis and Karen Jewels. Jesse’s soulful sound continues to capture audiences all over, as he reflects on his source - God, “the Great Musician”. Ryan say’s, “I consider myself to be bilingual; music is my second language and is the universal language of the soul. Nothing else moves people like music does” Show less 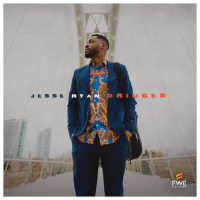 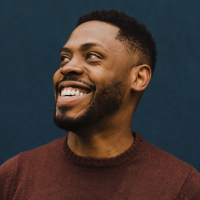 All About Jazz musician pages are maintained by musicians, publicists and trusted members like you. Interested? Tell us why you would like to improve the Jesse Ryan musician page.