Jeannie and Jimmy Cheatham and the Sweet Baby Blues Band play in the Kansas City blues style at its best. The musicians, individually and collectively, are Masters. They come together in a medley of shared ideas, stepping out with creative solos, presenting a magnificent feast of joyful music. Their energy, based on spiritual inspiration, flows from one to the other. Their emphasis is on sharing - not only with each other, but with the audience, making the audience one with the band.

Their music is unrestrained, exuberant, soulful, rollicking, growling, howling, roaring, wicked, virtuous, wild and truthful. The great Thad Jones greeted them with a grin as they came offstage at the Fujitsu Concord Jazz Festival, saying, “Thank you. Thank you for bringing us back to The Truth!” Their sound is big and bold and beautiful. They talk about today using a vehicle of yesterday.

Jeannie Cheatham’s musical style was shaped in the church choir in Akron, Ohio. She began to study piano when she was five and went on to play in the school band. She and Jimmy Cheatham taught at the University of Wisconsin before moving to San Diego in 1978, where they continue to make their home.

Jimmy Cheatham retired as Professor Emeritus status in 1993 from the University of California at San Diego as Professor of Music. Jimmy was such a valuable resource, however, that UCSD officials hired him back immediately to continue in his role as Jazz Ensemble Director. In 1993, Jimmy and the UCSD Jazz Ensemble were selected by the San Diego Music Awards Committee for Best Jazz Ensemble. The Cheathams and the Sweet Baby Blues Band were voted as the Best Jazz Band in the area by the same group.

Jimmy taught Improvisation and Black Music History and was the Director of UCSD’s Jazz Program during his active teaching years. Over the years, he has played bass trombone with Duke Ellington, Lionel Hampton, Thad Jones and Ornette Coleman, and was Musical Director for Chico Hamilton. He arranges all the songs for the Sweet Baby Blues Band and co-writes with his wife, Jeannie, most of their original songs.

Jeannie performed with Big Mama Thornton off and on for ten years. She was featured with Thornton and Sippie Wallace in the award-winning PBS television special “Three Generations of the Blues.” In 1984, she toured with Cab Calloway. Prior to that, she was on the road accompanying blues greats such as T-Bone Walker, Joe Williams, Al Hibbler, Dinah Washington, Odetta and Jimmy Witherspoon. In 1990, she appeared with Marian McPartland on the popular radio series Piano Jazz. She is a most clever lyric writer, a gifted pianist and a delightful singer.

The Cheathams have toured Europe, performing at the Nice Festival and the North Sea Jazz Festival, among others. Down Beat magazine, reviewing North Sea, wrote, “And there was no better way to end the night than joining Jeannie and Jimmy Cheatham and the Sweet Baby Blues Band for a 3 a.m. singalong of “Meet Me With Your Black Drawers On.”

They have played to packed houses at Catalina’s and Birdland West in Los Angeles and Long Beach, respectively; the Horton Grand in San Diego, the Great American Music Hall and Kimball’s East in the San Francisco area, Jazz Alley in Seattle and the Four Queens in Las Vegas.

“Sweet Baby Blues” (CCD-4358), their debut album on the Concord Jazz label, was awarded the Grand Prix du Disque de Jazz, the French equivalent of a Grammy. This album of classic blues and Cheatham originals, including their own “Meet Me With Your Black Drawers On,” has become a blues classic. “Meet Me With Your Black Drawers On” has been recorded by several other artists, including the Dirty Dozen Brass Band; has been quoted in the 1992 book “Cooler by the Lake” by Larry Heineman, and has been performed on the television sitcom “Martin!” The album was so popular, a second pressing had to be done just to keep up with orders from Chicago.

“Luv” was voted Blues Album of the Year in Down Beat’s 1991 Critics’ Poll, and “Basket Full of Blues” was named on Jazzscene of Oregon Critics’ Poll of 1992. They also won the JazzTimes 1990 Critics’ Poll Blues Group award. In 1991, the band appeared on “Club Date,” a PBS television program that is still being aired across the United States.

The band delighted Johnny Carson when they appeared on “The Tonight Show” that closed the 1988 series. Jeannie has been nominated in 1988 and 1993 by the W.C. Handy Blues Music Awards for Traditional Female Artist of the Year. In 1989, “Back to the Neighborhood” was nominated for a Handy Award. Her and Jimmy’s song “Blues Like Jay McShann” was nominated by the W.C. Handy Blues Music Award Committee for Song of the Year in 1992.

Jeanie Cheatham is one of the most authentic blues vocalists/pianists alive today. With Jimmy Cheatham’s “shouting bass trombone and aptly tailored arrangements,” Jeannie is well on her way to becoming the new Queen of the Blues.

The motto of the Sweet Baby Blues Band is “Nobody goes home feeling bad.” And nobody does.

Jeannie's autobiography was published by the University of Texas Austin Press in Feb, 2006 (www.amazon.com and www.barnesandnoble.com) 'MEET ME WITH YOUR BLACK DRAWERS ON-MY MUSIC MY LIFE” by Jeannie Cheatham

Marion McPartland is quoted on the cover “...utterly charming tale of a musician's life with all the ups-and- downs and turns-and-twists that are a part of those of us in jazz. Jeannie Cheatham knows everybody, and she has much to say about her fellow musicians....she covers the last fifty years of being on the scene with her husband Jimmy and the Sweet Baby Blues Band”

“Jeannie Cheatham has written one of the best jazz autobiographies in years— packed yet pacy, sharply observed, personal and a real page-turner “ —Peter Vacher — UK Jazz

“Well worth acquiring! This memoir is informal, yet informative with musicians such as Earl Hines, Mary Lou Williams and the men of the Sweet Baby Blues Band making important appearances “ —Scott Yanow —LA Jazz Scene

“This girl can write! She balances life's trials and tragedies with a deep faith as well as a great sense of humor ! “ —Dr. Jack Wheaton —Founder and past president of the International Association of Jazz Educators

“Like the author, this book is a rich, detailed, joyous account of a life devoted to the music that frames the American cultural heritage .” —David Cooper —Retired associate editor of the Akron Beacon Journal and co-founder of the Del Mar Jazz Party

HEADS UP If your book club is interested in reviewing “Meet Me With Your Black Drawers On” Ms. Cheatham is available to speak via phone to you club during the review.

Jeannie Cheatham Autobiography "Meet Me With Your Black Drawers On" Out... 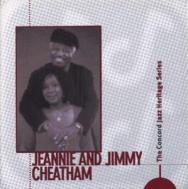 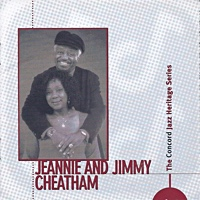 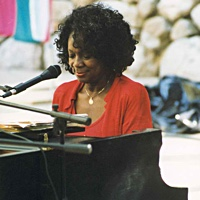 All About Jazz musician pages are maintained by musicians, publicists and trusted members like you. Interested? Tell us why you would like to improve the Jeannie Cheatham musician page.