Recording artist Jack Furlong has been called many things, including “the James Bond of jazz,” “The Man With The Golden Gun,” and “late to dinner.” What is there to say about Jack Furlong that hasn’t already been said about a fine wine? (Well, except that he isn’t made from grapes…)

Furlong is known as a performer, composer, arranger, woodwind doubler, and educator. A baritone saxophonist by trade, Jack diversifies his sound to other saxophones and woodwinds to achieve the proper tone color, mood, and musical message he hears and wishes to portray. Jack delights audiences with his wit and mastery at gigs, a talent that exudes from his albums, including the critically acclaimed "And That Happened" and the incredibly fun "Opportunity."

With cool phrasing and a simple, melodic approach, Jack credits his style as heavily influenced from a wide variety of jazz pioneers, citing Gerry Mulligan, Miles Davis, Count Basie, and John Coltrane as the parents of his sound; yet he notes that his technique is personalized for today’s jazz scene. Jack has been on stage alongside greats such as Phil Woods, Peter Nero, Jim McNeely, and Mulgrew Miller. An accomplished performer, Jack leads his own quartet, aptly named The Jack Furlong Quartet, a name Furlong notes took a full weekend to conjure up.

The beginning of Furlong’s professional career coincided with the beginning of his jazz studies at Lafayette College where he earned his B.A. in Music. Jack performed with the college’s Jazz Ensemble, Jazz Combo, Percussion Ensemble, and other various groups while honing his chops and composing for ensembles big and small. It was during this time that Jack began to gravitate toward the programmatic music of film, television, video games, and other media.

Furlong later graduated from William Paterson University with his M.M. in Composing and Arranging, further developing his interest and affinity for programmatic music and strengthening the argument for its inclusion in his vast repertoire. This was evidenced from the title of his Masters Thesis: “Band, Jazz Band: The Relationship Between Jazz and the Music of James Bond.” Experts believe this could have been easily predicted, however, based on the fact that Jack submitted a nine piece arrangement of “Super Mario Bros.” as part of his graduate school application.

When he’s not fully ensconced in music, Jack is devoted to his other passion: baseball. A diehard New York Yankees fan, Jack continues to play hardball after an abbreviated collegiate baseball career in order to trick himself into exercising.

Not only is Jack a championship-winning coach and player, he is also a state certified umpire, officiating levels from little league through college. Jack has even started his own sports related charity, The OSIP Foundation, Inc., where OSIP stands for Outstanding Sportsmanship Is Paramount.

"...a creative presence on the music scene today. [Jack’s] truly unique baritone saxophone tone and phrasing, and distinct melodies that are rooted in the jazz tradition as well as modern cinema, make “And That Happened” a one of a kind performance." - Tom Tallitsch, JazzOn2 89.1 HD2, www.tomtallitsch.com

How To Swing: The Factors That Determine The Best Way To Interpret Your Swung 8th Notes 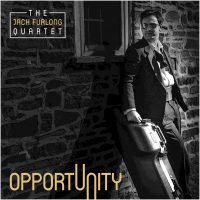 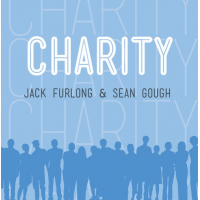 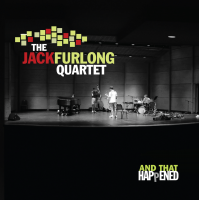 All About Jazz musician pages are maintained by musicians, publicists and trusted members like you. Interested? Tell us why you would like to improve the Jack Furlong musician page.