Iago Fernández is a jazz drummer and composer from Cangas, Galicia (1987). He started his musical studies on classic percussion at the conservatory of his home town with the teacher Luís Carballo. His first contact with jazz was in the "Orquestra de jazz do Morrazo" (conducted by Luís Carballo) and also in the “Seminario Permanente de Jazz de Pontevedra (SPJP)” conducted by Abe Rábade and Paco Charlín, studying there for four years including master classes and concerts with international artists. In 2005 and 2006 he went to "Tavira Workshop” (Portugal) taking lessons from Tony Moreno, John O'Gallagher, Allan Ferber, Dave Phillips, Rez Abasi, Russ Johnson and Russ Lossing. In august of 2009 he attended the "Begues Jazz Camp" to lern from Ben Street, Mark Turner, Jorge Rossy, Ben Monder and Michael Kanan. After four intense years, in 2011 he was graduated with honors in the “Centro Superior de Música del País Vasco, Musikene” (jazz drums performance) where he took lessons from great masters such as Jorge Rossy, Perico Sambeat, Jo Krause, Albert Sanz, Guillermo Klein and Chris Kase among others. Since the age of 18 Iago performed regularly in the best Jazz Festivals and clubs of Spain and Portugal. Also in Ecuador, Brazil, Denmark, Netherlands, Germany, Austria, Croatia, Poland, Switzerland, France and Italy, with well known musicians such as Steve Nelson, Avishai Cohen (trumpet), Omer Avital, John Hébert, David Virelles, Logan Richardson, Perico Sambeat, Jesse van Ruller, Joris Roelofs, Ben Van Gelder, Greg Tardy, Masa Kamaguchi, Javier Colina, Albert Sanz, Jorge Rossy, Jeff Williams, Román Filiú, Andrzej Olejniczak, John O'Gallagher and Petros Klampanis among many others. In addition to having recorded about forty works as a sideman, Iago has three albums as a leader and composer: "Agromando" (2011), "Acougo" (2015) and "Brisa" (2016). In 2017 he got the price ‘Martín Códax’ as the best jazz project of the year in Galicia. Recently, in 2018-2019 Iago was selected for the prestigious program Focusyear (school of excelence) in the Jazzcampus of Basel (Switzerland), to learn and perform with amazing artists such as Dave Liebman, Norma Winston, Wolfgang Muthspiel (artistic director), Jim Black, Ambrose Akinmusire, Seamus Blake, Marilyn Mazur, Django Bates, Billy Childs, Julian Lage, John Hollenbeck and Guillermo Klein. There he could also connect with Lionel Loueke, Larry Grenadier, Mark Turner and Jeff Ballard. 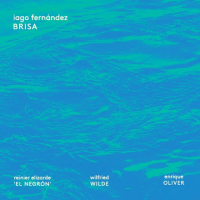 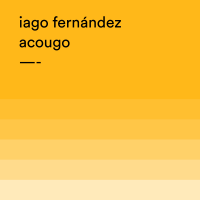 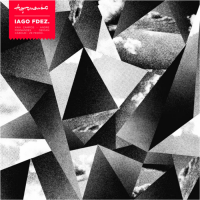 From: Acougo
By Iago Fernández

All About Jazz musician pages are maintained by musicians, publicists and trusted members like you. Interested? Tell us why you would like to improve the Iago Fernández musician page.