Born in Seoul, Korea, Hey Rim started playing piano at the early age of four, and by nine was giving her first public performances in classical music. By seventeen she had received numerous awards and significant recognition for her powerful and creative interpretation of the classics: from Bach to Chopin to Liszt. During this period, Hey Rim, gifted with perfect pitch, began learning music by ear. Deeply influenced by the dazzling improvisation of Oscar Peterson, Hey Rim decided to embark on a musical path that would both support her new found passion for jazz, and build upon her already formidable classical training. In September of 1997, Hey Rim came to Berklee College of Music in Boston, Massachussetts, to pursue her contemporary music education. Studying at the college gave her the opportunity to learn from jazz greats such as JoAnne Brackeen, Laszlo Gardony and Ray Santisi. While a student at Berklee, she received the piano department's prestigious "Piano Chair" award for jazz performance. After completing her Bachelor’s degree (Summa Cum Laude) in 2001, Hey Rim continued her studies, and received a Master’s degree (Academic Honors) in Contemporary Improvisation from the New England Conservatory of Music in Boston, Massachusetts in 2004. While at the conservatory, she studied with Ran Blake, George Garzone and Michael Cain, who’s influence opened her eyes to new and fascinating areas of music performance: from avant-garde to world music. Hey Rim is an active performer both nationally and internationally. She performs regularly with her band and as a soloist in the New England and New York areas. Notable shows include an appearance at the Lincoln Center, New York, the Jazz Informance in Chesapeake, Virginia, and the International Association for Jazz Education in Toronto, Canada. She has also performed at some of Asia’s top jazz venues in Korea and Japan, including the main stage of the inaugural Jarasum International Jazz Festival where she was billed alongside such luminaries as Dennis Chambers, Chris Minh Doky and Hiram Bullock. In 2003, Hey Rim released her self-titled CD Hey Rim Jeon & Friends on the Take Note Music (TNM) label, which reached CD Baby’s 40 top selling jazz albums list. Her original trio provides the backdrop for this 12-song compilation of originals and jazz standards. In May of 2007, Hey Rim released Alone, a compilation of nine solo piano compositions on the Akasaka Kougei Japanese label. During the same year Hey Rim collaborated with popular Vietnamese singer Doan Trang resulting in her original composition being featured on Doan Trang’s album Negative Proof (Am Ban).

"Hey Rim...a brilliant pianist...she has a good concept of what the music is all about, and the ability to perform it. -Benny Golson "Mona Lisa Puzzle...intense, intelligent statement..." -Bill Milkowski, Writer, JazzTimes "Hey Rim Jeon's newest, Mona Lisa Puzzle, shows off her excellent skills as a composer. Can't go wrong with the star studded bandmates who bring her compositions to a high level." -Ron Gill, Host, Jazz Gallery, WGBH 89.7 "...her fabulous original compositions and inventive interpretation are always sure to entertain..." -WICN 90.5 FM Radio "Hey Rim is an exceptional talent

"Hey Rim...a brilliant pianist...she has a good concept of what the music is all about, and the ability to perform it. -Benny Golson "Mona Lisa Puzzle...intense, intelligent statement..." -Bill Milkowski, Writer, JazzTimes "Hey Rim Jeon's newest, Mona Lisa Puzzle, shows off her excellent skills as a composer. Can't go wrong with the star studded bandmates who bring her compositions to a high level." -Ron Gill, Host, Jazz Gallery, WGBH 89.7 "...her fabulous original compositions and inventive interpretation are always sure to entertain..." -WICN 90.5 FM Radio "Hey Rim is an exceptional talent. Her technical prowess and intriguing harmonic sensibility set her apart from many of her peers. I love playing her music because her piano style and composition style allow my voice to be heard as an integral part of the ensemble, opposed to just an accompanist. She plays with absolute presence, yet still provides enough space for the music to breath. Her songs blend elements evident of her classical training and her jazz improvisational skills. I think it is wonderfully combined. Hey Rim is a very exciting, emerging artist!" -Terri Lyne Carrington "The new CD (Hey Rim Jeon & friends) quickly tables any discussion that Jeon is in any way behind her peers. In fact, it reveals a player with a sure touch and a penchant for stepping beyond early mainstream influences." -Bob Young, Boston Sunday Herald "...a very complete command of the piano...an intelligent sense of performing and a broad view of music..." -Michael Cain 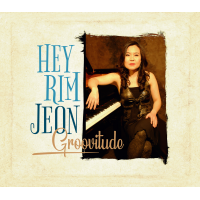 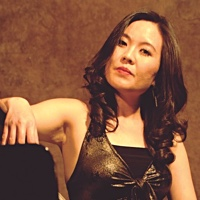 All About Jazz musician pages are maintained by musicians, publicists and trusted members like you. Interested? Tell us why you would like to improve the Hey Rim Jeon musician page.