Born: Friday 13th May 1932 7.00 am--Breach birth. Sickly child, protected by his mother. Started questioning the wisdom of God at the age of 5 after an incident with his black nanny and convicts working on the road on his way to nursery school. Decided to do something about his frail form at the age of 8 and started to play soccer and to swim.

At the age of 14, became fascinated with the music of Duke Ellington, Count Basie, Barney Bigard and Benny Goodman also Leadbelly and the blues. Started studying clarinet at 16 with Louis Nicholaeff who was a pupil of composition and theory with Rimsky Korsakoff at the Leningrad Conservatory. To the disappointment of his teacher he started to play jazz with high school friends, but still went on playing duets with Nicholaeff.

At the age of 18 played once a week with Dulcie Ryder's group at the Skyline Night Club. At that time Jazz hadn't hit the concert halls and Jazz musicians played for dancers.

He started writing his own music in the fifties and formed his own quartet. Young people followed groups that they could jive and jitterbug to and the quartet had a large following. He speaks about musicians wanting to be regarded as legitimate artists and they started the move into concert halls--sex went out of the jazz experience--no dancing in concert halls - a kind of sterilization. He performed in a concert hall at the first Jazz Festival in Johannesburg. Met the pianist Dave Lee who liked his playing and took him under his wing, which was a great learning experience for Harold. Dave originally from England went back and played with Johnny Dankworth and later with Judy Garland.

Rubin became familiar with the music of Lennie Tristano, Lee Konitz and Warne Marsh which he found stimulating and of course Parker and Gillespie, Monk and later Coltrane, but he never played Bebop although he learned from it. He loved Tony Scott and Eric Dolphy. His quartet included Tony Leveton(piano) Sid Lyndsey(bass) Allan Heyes(drums). They sneaked into the black ghetto Sophiatown and made music with saxophonist Kippy Moeketsi and trombonist Jonas Gwongwa at the Odin Cinema on Sundays. Kippy and Harold became friends, listened to music and played together - each learning from the other.

Studied Architecture at “Wits” University, married in 1957 to Riva Wainer, had 2 sons Adam and Ezra.

After a blasphemy trial related to one of his art works “My Jesus”, he was acquitted and left South Africa for Israel in March 1963. He felt impotent in the Apartheid regime.

In Israel he wanted to carry on with original music, but found most jazzists playing Bebop. He played here & there but didn't find musicians who wanted to experiment with him and he stopped playing for almost 12 years. He worked as an architect at the time in the Arieh and Eldar Sharon office where he was involved in design. He was in charge of a project in Nigeria--the Ife University, and traveled very often, enjoying the work.

He met Miriam Kainy in Nigeria in 1973 and fell in love. They moved in together in 74, with Miriam's 2 daughters Yasmine and Shunit. They were both divorced in 75 and married in 76. He started playing clarinet again in late 79. Their daughter Abigail was born in 1980. In 82 he left architecture and started exhibiting his art work in Europe, England and the U.S.A. He taught at The Sadna school of design & architecture for 11 years.

In 84 worked with composer Josi Mar Haim and the group “Season's End.” In 1985 he and Mark Smulian (bass) formed the quartet “Zaviot” with Reuben Hoch (drums) and Tommy Belman (guitar). They were very successful in Israel and Germany and performed in festivals and clubs, with original music. They broke up in 89, after a tour with Jimmy Pepper and Christoph Spendel.

He constantly works with Zvi Jaffe and The Tel Aviv Art Ensemble. Jean Claude Jones (bass, live electronics) is an always welcome partner for Harold and he loves making music with Assif Tsahar (saxophone) which he describes as another learning experience.

He talks today of his approach to time and pulse and momentum and uneven pulse and fragmentation and Feel! He wants to make music every time he plays, like it's the first and last time and he tries to come empty and play what he doesn't know.

He won't deny intellect and thought which is there anyhow, but he tries not to make laws for the music. He knows that there is the building up of a musical language all the time and sometimes it is necessary to break down the language and become what he calls “Neanderthal.”

He loves the energy and intensity of it all--a growing experience. He maintains that the music keeps him more or less sane and hopes he never loses it. 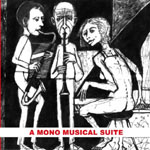 All About Jazz musician pages are maintained by musicians, publicists and trusted members like you. Interested? Tell us why you would like to improve the Jon Raskin musician page.