Griffin Brown is a composer, poet, drummer, songwriter+vocalist, producer, and multi-instrumentalist based in Brooklyn. Described by The Wire as “impressive” and “original,” his musical work collides—and sometimes exists wholly inside of—idioms like jazz, concert music, electronic, experimental pop+rock, and improvised music. His poems appear in The Paris Review, Plume, Poetry Northwest, Prelude, and elsewhere.

He has performed and had music debuted in an array of concert halls, clubs, and basements—among many others, the Cornelia Street Café, Miller Theatre, the Rochester International Jazz Festival, Birdland, Caramoor, PS21 Chatham, Mercury Lounge, the Owl, TV Eye, and SOB’s in New York; MASS MoCA/Bang on a Can LOUD Weekend in Massachusetts; Beinecke Rare Book and Manuscript Library, Morse Recital Hall, and Space Ballroom in New Haven/CT; PhilaMOCA, World Café Live, and the Trocadero in Philadelphia; the Baked Potato in Los Angeles; Donau115 in Berlin; Celeste and Fabrik in Vienna; Punctum in Prague; La Schola Cantorum in Paris; and the highSCORE Festival in Pavia—and taken part in impuls in Graz. Griffin has been commissioned by institutions (such as the Yale Center for British Art) and new music groups (such as Opera Elect) alike; premieres and first realizations include performances by the S.E.M. Ensemble, Jeff Stern and Matt Keown of the icarus Quartet, the Yale Symphony Orchestra, and numerous versions of his own ensembles. Additionally, he is active on drums, percussion, vocals, and keyboards throughout New York in groups variously established, emerging, and ad hoc.

Griffin received a B.A. from Yale in 2018, where he studied Music and English and was awarded the Clapp Fellowship in poetry. That same year he was named a winner of the Connecticut Circuit Poetry Contest. 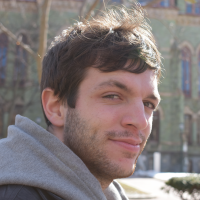 All About Jazz musician pages are maintained by musicians, publicists and trusted members like you. Interested? Tell us why you would like to improve the Griffin Brown musician page.