Residing in New York City since 2004, Greg Ruggiero performs regularly in The Michael Kanan Trio and with his own trio. You can find him accompanying many of the top vocalists in New York City. Greg can be seen nearly every night performing as a sideman or leader around the city. He has performed at many of the top clubs including Carnegie Hall, Mezzrow, Birdland, Dizzy’s Club Coca-Cola Room, the Jazz Standard, Smalls, and the Jazz Gallery. His music has allowed him to perform in Japan, Spain, Portugal, Italy, and Switzerland. As a leader, Ruggiero has released 3 albums as a leader, most recently a Standards Guitar Trio album for the Fresh Sound/ Swing Alley label. His first two records are available on the Fresh Sound/ New Talent label. As side man, he has recorded on over twenty albums. Greg has recorded on Smalls Live Records with The Michael Kanan Trio, vocalist Luisa Sobral’s debut record on Universal Records, saxophonist Logan Richardson’s “Ethos” for Greg Osby’s Inner Circle Records and a multitude of independent releases by numerous artists.

Ruggiero teaches on The New School University applied music roster. As a guest artist and clinician, he was the featured artist at the Canjazz Festival in Galicia, Spain. He was also clinician at the Academy of Creative Education in Los Angeles, California, the Crossties Jazz Festival at Delta State University in Mississippi, and the University of New Mexico.

The eight original compositions that make up guitarist's Greg Ruggiero's debut recording have a deeply introspective air, with gently rocking rhythms and simply stated melodies that often give the album an instrumental pop feeling. But there's plenty of emotional depth here, too, as Ruggiero quietly draws delicate, ethereal designs with electric and acoustic guitars, levitating on Frank LoCrasto's sympathetic piano and keyboard patterns. Rob Wilkerson's sweet alto saxophone brings the quartet back to earth, while Tommy Crane's drumming supports the melodies and eases them forward 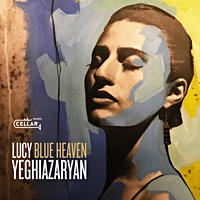 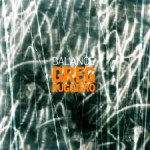 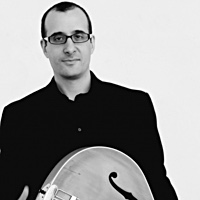 All About Jazz musician pages are maintained by musicians, publicists and trusted members like you. Interested? Tell us why you would like to improve the Greg Ruggiero musician page.