NYC based Guitarist and composer George (Giorgos) Nazos from Athens Greece is described in the “Jazz and Jazz” magazine as a “sophisticated and imaginative player and one of the most creative and nonconformist musicians of the local scene”.

He has performed in New York City Jazz clubs such as Blue Note, Jazz Forum, Bar 55 ,Mezzrow Jazz Club, Cornelia Street, Club Bonafide and many others.

His latest Album Heat Song was published April 20th. In March 2017 he published his CD “Liquid Melodies” , a common project with vocalist Tamuz Nissim. The CD received great reviews from the press and was broadcasted in more than a hundred radio stations in the States and more around the world.

​After completing his studies in Political Science and History in Panteion University Athens in 2004 he decided to devote himself completely to music and moved to study frst in Switzerland in the Swiss Jazz school of Bern and then To Codarts Conservatory of Rotterdam in the Netherlands from where he received a BA jazz performance in guitar 2009. In Holland George performed with his trio at the local Jazz clubs and in summer 2009 he toured with his band all around Greece and performed in Festivals and cultural events such as Mykonos Summer Nights Festival, Naxos Cultural Summer, Neo Petritzi and more. He lived in Athens and was a guitar professor at Nakas Conservatory, a school affiliated with Berkley College of Music.

In 2013 he recorded one of his compositions on vocalist Tamuz Nissim's Debut Album and was the co-band leader of her quartet. With this band performed at Greece's largest festivals – Technopolis International Jazz Festival 2014. Preveza Jazz Festival, Tinos Jazz Festival, Montofoli Festival and won warm reactions from the audience and enthusiastic press reviews. He has also been featured in the Jazz and jazz CD collection “Summer jazz Flirt Fresh sounds of the Greek scene” and recorded with Greek violinist Themis Nikoloudis.

In 2015 George moved to New York City where he performs regularly at clubs such as Blue Note, Cornelia Street Cafe, Jazz Forum, Deerhead Inn and many more.

He was invited to participate in an International Jazz day concert as part of the Atlanta Jazz Festival 2017;

​Whether he is leading his own group or invited by fellow musicians as a sideman his playing is always characterized as authentic, energetic and highly communicative. Show less

Read more articles
”Entwining winding melodic strands, Nazos teases his notes, producing varying degrees of tautness. Nazos' latest release of imaginative scores showcases his ability to assemble melodic motifs as well as his inclination to collaborate with band members to form striking improvisations. His acumen to communicate his thoughts is expansive and shows a boundless craving.”

“On 'Isn't That Strange” Nazos' liquid guitar work is really quite sublime as is his gentle guitar phrasings on the serene title track.” “Put her together with guitarist George Nazos and you have a combination that works so amazingly well through each style that it is stunning.”

“The music is both familiar and unique”

“They are both creatively untethered from conventional wisdom and melodic conventions.” “originals that are so smart they can bend light.” C.Michael Bailey, All about Jazz. 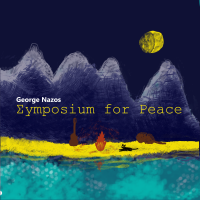 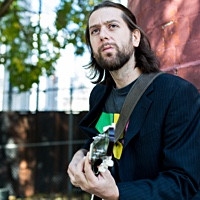 All About Jazz musician pages are maintained by musicians, publicists and trusted members like you. Interested? Tell us why you would like to improve the George Nazos musician page.