Geoff Clapp has been performing, touring and recording as a drummer since the age of 12. He grew up playing in the church and still loves to play and grow as an artist. With a very unique and wide palette of musical styles, Geoff is equally comfortable laying down a groove with a Sunday morning worship team as he is on stage with his jazz contemporaries. "A truly gifted artist!" - Wynton Marsalis Voted Best Jazz Drummer by New Orleans Magazine, 2008 Geoff Clapp Featured in New Orleans Magazine Geoff is proudly endorsed by:

Geoff has performed, toured and recorded with:

Tulane University, New Orleans, LA Private Instructor, 2007 to present Dillard University, New Orleans, LA Private Instructor, Fall of 2007 to present Geoff teaches an average of eight students per semester drum set basics, and advanced techniques and conceptual playing. We cover Hip Hop , Reggae, Funk, New Orleans Funk and Second-Line Drumming, Jazz and Classical Snare Drum. New Orleans Jazz and Heritage Foundation, New Orleans, LA Percusion/Drum instructor Craig Elementary School After school program in general musicianship, basic theory, and percussion class. Don Jamison School of Music, New Orleans, LA Percusion/Drum Instructor, Sept 2007-2009 Along with Jesse McBride, Ed Anderson, Brent Rose, and David Pulphus, Geoff teaches Jazz Improvisation, Basic Blues Scales and Jazz Harmony. Students from ages 8-17 get a chance to study and perform the music of Duke Ellington, Miles Davis, Ben Webster, Charlie Parker, Hank Mobley, Ellis Marsalis and Clifford Brown. The kids also perform at the New Orleans Jazz and Heritage Festival and French Quarter Festival. Ben Franklin High School, Louis Armstrong School of Music, New Orleans, LA Percusion/Drum Instructor, Spring of 2009 coming Fall of 2009 and Spring of 2010 Geoff taught Jazz Theory and Blues Scales, Harmony and Basic Piano. Students also approach improvisation over the Blues and Rhythm Changes. This coming year they will be delving into early works of John Coltrane, including Gant Steps and Blue Trane. JAZZ @LINOLN CENTER EDUCATION: Hired along with Wynton Marsalis for two days of Jazz Education at the Apollo theater in Harlem for inner city school children. Students were introduced to America's own classical music, Jazz, and give examples of its historical lineage. Each musician gives a brief example of how, what and why he or she plays and explains what their role is in the band. In addition to Jazz education, dedication and discipline are addressed quite a bit on how and why they play a key role in success. Three weeks were spent in 29 different schools of all grades involving all five boroughs, picked by [email protected] performing and teaching Jazz fundamentals. All artists involved either have been in or are still with the Lincoln Center Jazz Orchestra.

Geoff has taught since the age of 19 to all sizes of groups and has lead numerous drum clinics around the world. 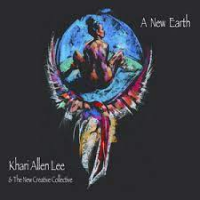 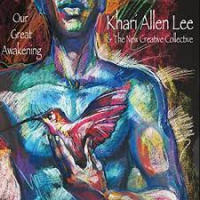 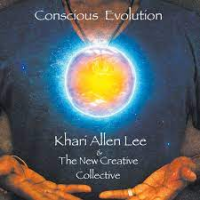 All About Jazz musician pages are maintained by musicians, publicists and trusted members like you. Interested? Tell us why you would like to improve the Geoff Clapp musician page.